Is this the most cynical ad of the year? Has the DoubleTree by Hilton hotel in Sheffield lost any sense of Christmas spirit in a mad rush to cash-in almost SIX MONTHS ahead of the festive season?

Their advert – publicised on Linked-in – reads “only 158 days left until Christmas… book before the 31st of July to get 10pc off any Christmas Party Night!”

The consumerwatchfoundation.com asks it readers one simple question – has the hotel’s sales manager Megan Coakley gone too far in trying to drum up business  for their Christmas calendar?

Or is everything really now only about Jingle-Tills?

The Digital Cinema Media agency, which handles advertising in cinemas for the three major UK cinema chains was met with outrage three years ago when it banned an ad because it contained part of the Lords Prayer.

The agency said some people might find it offensive!

It said it has a policy of not showing political or religious advertising in its cinemas as ads reflecting personal beliefs risk upsetting, or offending, audiences.

The Church of England said it had been left “bewildered” over the decision not to show the advert promoting Christian prayer.

It could be equally bewildering that Double Tree by Hilton, an American hotel chain and a part of Hilton Worldwide, is touting – at its Sheffield hotel at least – for party-goers when Britain is putting out level three heat health warnings in much of east and south-east England and the the public are advised to take shelter from the sun.

And worse, dozens of people are still missing as emergency crews sift the charred remains of hundreds of homes and cars in fire-hit areas around Athens.

In away the hotel group could be considered to be acting as insensitively and cynically as the Cheshire parking warden who slapped a parking ticket on an ambulance outside Tesco after the driver stopped to get a drink of water and was unable to fit her vehicle in a bay!

Last year many brands admitted they were advertising earlier. Asda said it was launching its advert at the beginning of November and Morrisons opted for the 6 November. 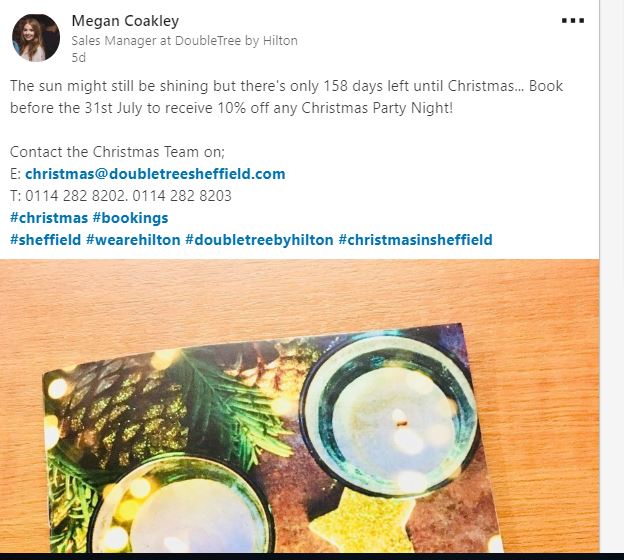 A marketing director for the company told Marketing Week: “Everyone is getting earlier and earlier. Last year we were one of the last ones and I felt that was inappropriate. We reflected on this throughout the year and wanted to make sure we are in line with everyone else to ensure our customers get the chance to see our advert at the right time.”

He said consumers start to think about Christmas once Halloween and Bonfire Night are over.

And Marc Bolland, CEO at Marks & Spencer’s, agrees that retailers are merely following consumers. He pointed out that in the first week of September, the most searched term on its website was ‘Christmas’.

DoubleTree by Hilton is an American hotel chain. Most DoubleTree hotels are independently owned and operated by franchisees, but some are managed by Hilton Worldwide.

When he was Prime Minister David Cameron urged people to reflect on Britain’s Christian values.
He said that the country’s religious foundations meant people should ponder the meaning of Christmas.
“As a Christian country, we must remember what Jesus Christ’s birth represents: peace, mercy, goodwill and, above all, hope.
“I believe that we should also reflect on the fact that it is because of these important religious roots and Christian values that Britain has been such a successful home to people of all faiths and none.”
Labour leader Jeremy Corbyn, was quoted at the same time as saying people should ask themselves whether they could do more for others.

We have left numerous messages for  Megan Coakley and the hotel group’s Christmas Team but they haven’t responded!

When we asked for their press office the sales office said ‘only we can deal with enquiries like this’.

Tell us what you think – has  Double Tree by Hilton acted in a cynical fashion or in a business savvy way? Does their Christmas ad in July offend you?  Use the box below or email info@consumerwatchfoundation.co.uk.

One thought on “Ad says ‘Only 158 days to Christmas’ – is that cynical or consumer savvy?” 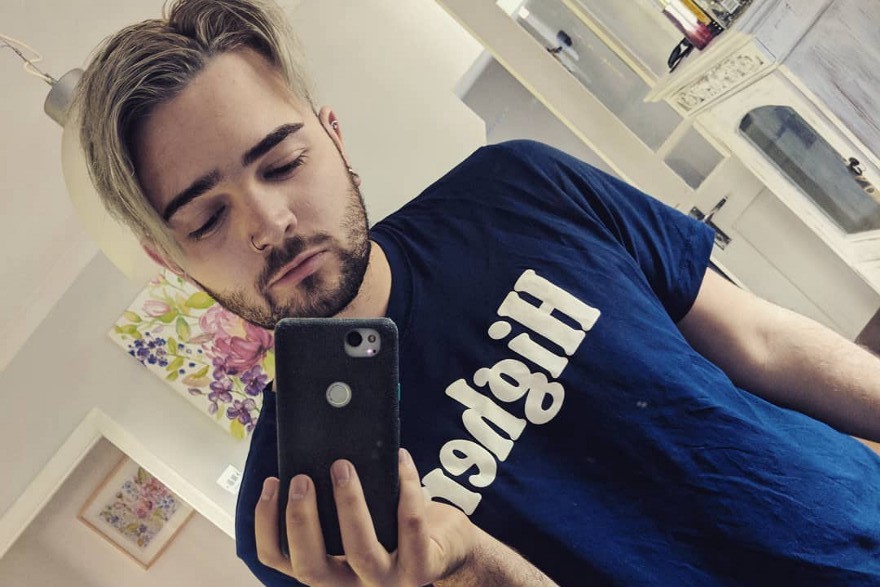