Now that 2016 is over, this year has marked a far reaching and tumultuous cornerstone in recent history.  It is time to reflect on the two key and seismic events that have shaped it – Brexit and Trump’s election. In many ways both are interrelated because those who voted for them have done so in the belief that the shackles of an old order will now pave way for a brighter future. It is anything but. We are entering a dark and sinister era where old nationalisms, insularity and hatred are now being fanned globally by those who now sit at the pinnacle of the new political and economic hierarchy…..the age of the Oligarchs is now upon us.

The core and central message of Trump’s campaign was simple ‘I will make America great again.’ He did not say ‘I will make America great’ He has clearly stated that America will be great – AGAIN! Let us look into this claim more closely. Great – in comparison with when? In order to be great again the USA surely must have once been great in order to aspire to that glorious distant past. Again, I ask the question – when?

OK, let’s weed out the eras and years that are not so good for that country. For a start we can throw away the slavery years upon which the US economy was built. (Applies to the UK too). So anything 19th century and back – in the bin.

Next, American women did not have the vote until August 1920, so with half its population denied full democratic rights we can safely say – in the bin.

Now we are moving into the Wall Street Crash and world-wide Great depression which afflicted the 1930s. Great suffering, malnutrition, mass unemployment. No, not a great time…..in the bin.

What about the Jim Crow laws which enforced racial segregation since 1890. These laws institutionalised economic, educational, and social disadvantages against black American citizens.  They mandated the segregation of public schools, public places, and public transportation, the segregation of restrooms, restaurants, even drinking fountains! This applied to U.S. military and federal workplaces also. These laws ‘empowered’ extreme racial violence against the black population. Public lynching and executions went unpunished as white supremacist organisations such as the Ku Klux Klan rampaged across southern states. It was only the Civil Rights Act 1964 that finally forced constitutional change. So anything before mid 1960s…in the bin.

So where are we now? Mid 60s. Yes, the Vietnam War. American B52s dropping napalm bombs on Cambodian and Vietnamese children. Students at Berkeley University gathering for a protest rally. It ended in students massacred by the National Guard with around 150 young people hospitalised due to gunshot wounds. I think we can discount the 1960s as a period of American greatness.

We seem to be running out of years or decades in which to find out where this period of American greatness resides. On the contrary, I do publically challenge Mr. Trump to tell us where this apparent return to greatness is being compared to. If there are any Trump supporters out there who might happen to read this article – PLEASE pass it on to your lord. I’m just itching to know what his answer might be. Because the answer is simple. America has never ever been great. It is a myth. Trump’s core message is a fabricated lie. And Americans have bought into it.

The same applies to any country. Was the British Empire great? Not for the countless millions subjugated by it. The Third Reich was great for 1930s fascists, but a holocaust for millions more. The Roman Empire was wonderful for the 0.1% ruling it, but not for the 99.99% enslaved by it.  The bottom line is that no country has ever been great, and Trump’s deceit will now only serve the interests of no one but the oligarchic billionaires that are grabbing political power worldwide, mandated by electorate ignorance.

As Trump recruits fossil fuel billionaires into his team a new Trump-Putin Axis is in the throes of being forged. Meanwhile, the concentration of world media control is also currently being played into another, Rupert Murdoch. This last year has been a landmark one, namely because for the first time just 1% of the world population now own over 50% of entire global wealth. That trend is accelerating. We are witnessing the death throes of true democracy on a world wide scale. Except for one area of the world – the EU. This is now the only area where worker’s rights are upheld, with minimum wage guarantees, with access to comprehensive medical care, and more. And Britain is walking away from this. And into what? Trump’s vision?

It is interesting to note that the process of power concentration is focused within the English speaking world – USA, UK, Canada, Ireland and Australia. In 1910 our glorious 1% owned an average 22% of the wealth of these nations. By the mid-1970s this had dropped to an average 8%. Then our 1% made a dramatic comeback till, by 2010 they now owned about 20%. The latest figures now show about 25%. So the concentration of power and wealth is back where we started after one hundred years. We are literally back to the Victorian age.

Now let us see the European picture. The same study analysed income data from Germany, France, Sweden, Denmark, Netherlands and interestingly, also Japan. In 1910 an average 26% of total wealth was owned by the top 1%. But then we see a long and downwardly continuous slide to 2010 where our top 1% now own 8% of total European wealth. This continual process shows us that more and more Europeans are sharing a wealth cake in a continent where economic democracy and freedom is widespread. To me the opportunities for real democracy are available to a wide cross section of European (and Japanese) society. By contrast, in the English speaking world, wealth has become, increasingly, a privilege available only to a minority – the billionaire corporate bosses and oligarchs.

Taking back control? Another empty slogan. That is why Trump and Putin are rubbing their hands in glee as Brexiteers have now handed them unbridled power on a plate. The EU remains and shall remain the only truly democratic harbour left in this world of greed and power. And Britain is gleefully and naively sailing towards its new feudalism.  Bow to your new masters. Oh Brave New World!

One thought on “When was America ever really great, Mr Trump?”

Welcome to our world President Trump 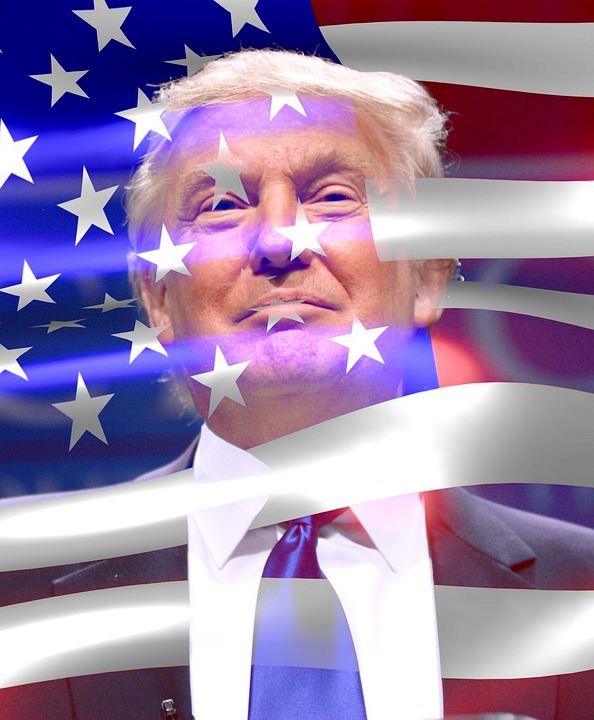