Feb 14  The leader of Iran’s theocratic regime, Ayatollah Khomeini, declares a fatwa requiring the execution of novelist Salman Rushdie for his book Satanic Verses and to those involved in its publication.

Feb 15  The Soviet Union announces that all of its troops have left Afghanistan.

Feb 16  Investigators announce that the cause of the crash of Pan An flight 103 in Scotland was a bomb inside a radio-cassette player.

Mar 9  The Soviet Union announces acceptance of arbitration by the International Court of Justice over  genocide, trafficking in prostitutes and similar forms of slavery, political rights for women, racism, and torture.

Mar 24  Gorbachev meets with Hungary’s prime minister and tells him that the Soviet Union will not interfere with sweeping political reforms in Hungary and Eastern Europe.

Mar 29  In the Soviet Union, millions of citizens vote for a new parliamentary body that includes non-Communist Party candidates.

Apr 9  During a peaceful rally in the Republic of Georgia, tens of thousands are attacked by a Soviet military force. Twenty are killed and many injured.

Apr 26  The Soviet Union begins its phased withdrawal of troops stationed in Hungary.

May 2  Hungary begins to dismantle fortified border with Austria – the iron curtain.

May 4  At Beijing’s Tiananmen Square, a group of students launch a movement they call “the Great Revolution for Democracy against Dictatorship.”

May 7  In Panama, Manuel Antonio Noriega ignores election results and stays in power.

May 8  Slobadan Milosevic becomes president of one of the member states of Yugoslavia.

May 13  About 400 students begin a hunger strike in Tiananmen Square.

May 20 The Chinese government declares martial law in Beijing.

May 22   President Bush urges the demonstrators in Beijing to follow a non-violent path and ”stand up for what you believe in.”

May 30  In Tiananmen Square, demonstrators unveil a ten-meter (33-foot) high styrofoam and papier-mâché “Goddess of Democracy.”

Jun 3  The Ayatollah Khomeini dies of a heart attack.

Jun 16  A crowd of 250,000 gathers at Heroes Square in Budapest for the reburial of Imre Nagy, the liberal Communist former prime minister hanged by the Kadar regime in 1958.

Jun 22  Since Ireland’s independence in 1922, its first two universities open: Dublin City University and the University of Limerick.

Jun 27  The foreign ministers of Hungary and Austria cut through some barbed wire between their two countries, putting a symbolic end to what little there was left to the “iron curtain” barrier.

Jul 9-12  President George H. W. Bush travels to Poland and Hungary. In Poland he speaks of the climb to democracy as “exhilarating but not always easy” and that it will require “sacrifices.”

Aug 23 Two million indigenous people of Estonia, Latvia and Lithuania joined  hands and form a 600 kilometer chain across the three republics to demand freedom and independence.

Sep 10  Hungary has been a vacation destination for East Germans, and East Germans have flocked there hoping to migrate to West Germany.

Sep 13  East Germany demands that Hungary not allow East Germans to flee to the West.

Sep 20  Following a general election on the sixth of this month, de Klerk is inaugurated as South Africa’s president.

Oct 28  In Czechoslovakia, thousands chant for freedom and democracy. Authorities crush the demonstration and arrest leading dissidents, including Vaclav Havel.

Nov 10  Bulgaria’s president and party leader, Todor I. Zhivkov, resigns after 35 years in power. He is succeeded by his younger foreign minister, Petar T. Mladenov, 53, who says there is no alternative to restructuring the nation’s economy and its political apparatus.

Nov 11  The 10-year civil war in El Salvador continues with what the rebels call a final offensive. It will fail to achieve a military victory.

Nov 17 In Czechoslovakia, police attack another demonstration. People shout “dinosaurs resign” and “communists get out.” Arrests are made and at least thirteen demonstrators are admitted to a Prague hospital.

Nov 18  Another demonstration in Prague is larger than yesterday’s.

Nov 25  Encouraged, 500,000 people march for the end of Communist Party rule, and millions engage in a two-hour general strike.

Nov 28  The Communist Party of Czechoslovakia promises free elections within a year.

Dec 3  Gorbachev and Bush meet off the coast of Malta and release statements that the Cold War between their nations may be coming to an end.

Dec 10  In Sofia, Bulgaria, 50,000 people demonstrate and demand that the constitution be changed to eliminate the communist monopoly on power.

Dec 11  In Prague, public pressure speeds up democratization. Eleven non-communists are given positions in a cabinet of 21. The ten others are communists.

Dec 14  In Chile, following the plebiscite in 1988 that denied President Pinochet continuation in office, elections are held and won by a broad coalition led by a Christian Democrat, Patricio Aylwin. Pinochet’s dictatorial rule will end in March.

Dec 20  After months of building up its military on bases within what was previously the Panama Canal Zone, the US responds to Manuel Noriega’s nullifying an election, complicity in money laundering and drug trafficking. The Bush administration moves against Panama in an operation called “Just Cause.”

Dec 21 In Bucharest, Romania, anti-government protests have increased. Security forces again shoot at demonstrators. Army personnel flee to the side of the demonstrators. The leader of the communist regime, Nicolae Ceausescu, flees in a helicopter.

Dec 22  Ceausescu and his wife, Elena, are captured.

Dec 22  US Secretary of Defense, Dick Cheney, has been maintaining secrecy regarding Operation Just Cause that is annoying to journalists.

Dec 23 Panama Resistance to the US force in Panama is greater than was expected by the US Department of Defense. An additional 2,000 troops are sent from California’s Fort Ord. Also not expected is the widespread looting and “lawlessness” that continues in Panama.

Dec 25  The Vatican announces that General Noriega has taken refuge in its embassy in Panama. He will remain there till January 3 as US troops continue to occupy Panama.

Dec 25  In Romania, a military court convicts Nicolae Ceausescu and his wife Elana of “genocide” and plundering more than $1 billion from the state.

Dec 29  In Czechoslovakia, parliament elects the playwright dissident Vaclav Havel president. Alexander Dubcek, the liberal Communist deposed by the Russians in 1968, whom the crowds have been cheering, becomes parliament chairman

Sun Nov 17 , 2019
George Orwell's quote 'all revolutions are failures' has often been used on the anniversaries of the Velvet Revolution and the subsequent the fall of the Berlin Wall marking the collapse of the Soviet empire. 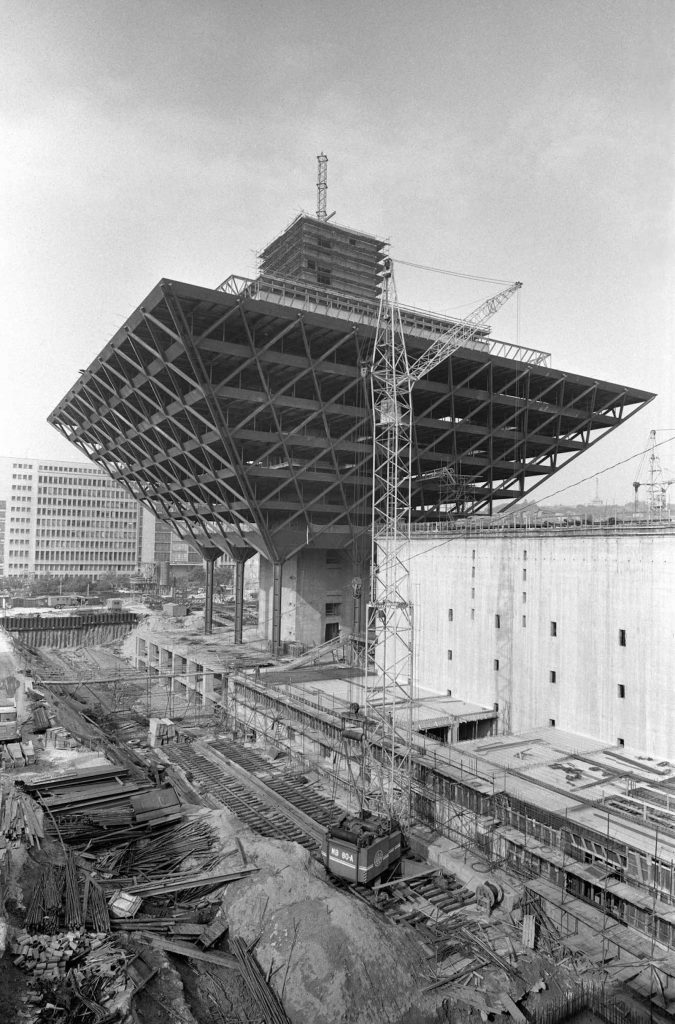