On the one hand time stands still, sometimes deliberately and sometimes because there  simply has been no reason to change it.  On the other  Slovakia  has the proud Tatra Tiger, the nickname of its burgeoning economy. And of course it also has its incredibly successful hi-tech motor and aviation industries.

And then of course there is the world’s greenest  and technologically astounding hotel, AquaCity,  Poprad, Eastern Slovakia, a town which now in so many ways brags the best in the ancient and modern.

History has made Slovakia what it is today …  look at the stone tools dating back to the Ice Age and the Venus of Moravany, a female figure  carved out of  mammoth tusk  dating to 22,800 BC. The ivory figure was dug up by a farmer in 1930 in  Podkovica,  less than two hours from Poprad.

Sometimes in Eastern Slovakia you will come across the remains of hill forts standing against the skyline. Some date back to the First Century and are stark monuments to the Celtic invasion at the first documented turn of the pages of history.  Name some eastern forts

The final revolution of course was in 2004 when it   joined the EU and was placed firmly on the international tourism map.

So, here we are in the first quarter of the 21st Century with politics and the economy, hopes and aspirations taking on an  entirely different complexion.

Eastern Slovakia is a wonderful and evocative place to be, with its hills and mountains  and,   its lowlands with its sublime vineyards. Tokaj is probably the most famous wine fermented there.

Poprad is alive with quaint and charming bars and restaurants and is the gateway to the Tatra Mountains. But it has its own ‘hidden gem’, Spišská Sobota, a village less than ten minutes walk away which is a conservation site boasting Baroque burghers houses, merchants and artisans houses and a beautiful market square with a 15th century church and Renaissance bell-tower.

The real draw in the region though has to be AquaCity with its saunas, Olympic swimming pool, outdoor pools, centres of well-being, laser light shows, bars, restaurant, cafes, sumptuous rooms and its cryochamber. Amazingly the ?? room 4 star??? hotel is powered by a  geothermal lake and the sun itself.

It’s the place to be to take part in all the things the mountains – described as the teeth of Slovakia – offer from dog sledding, skating on the mirrored lakes, snowboarding, horse riding, climbing and even golf. 680 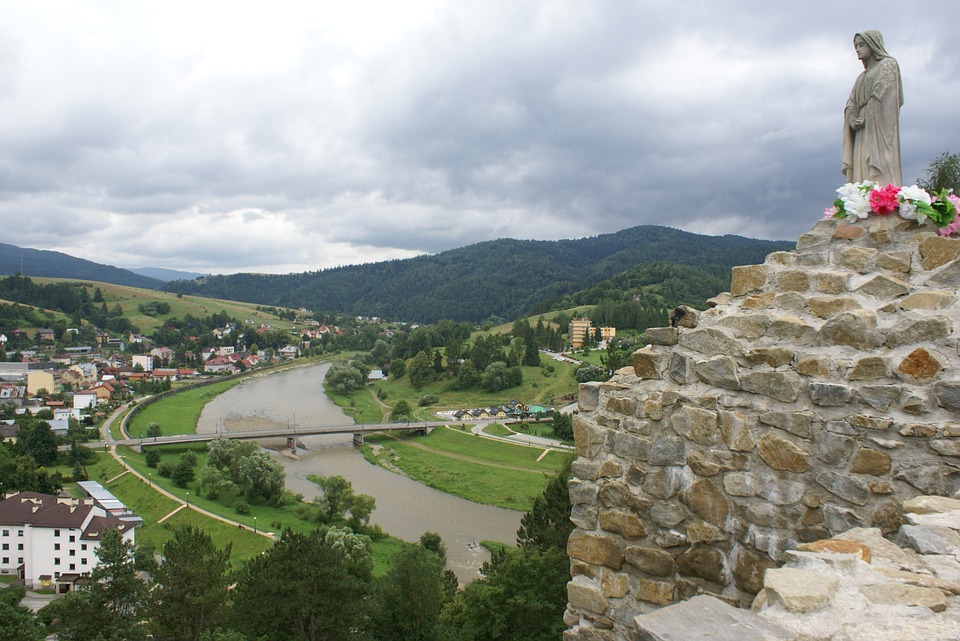