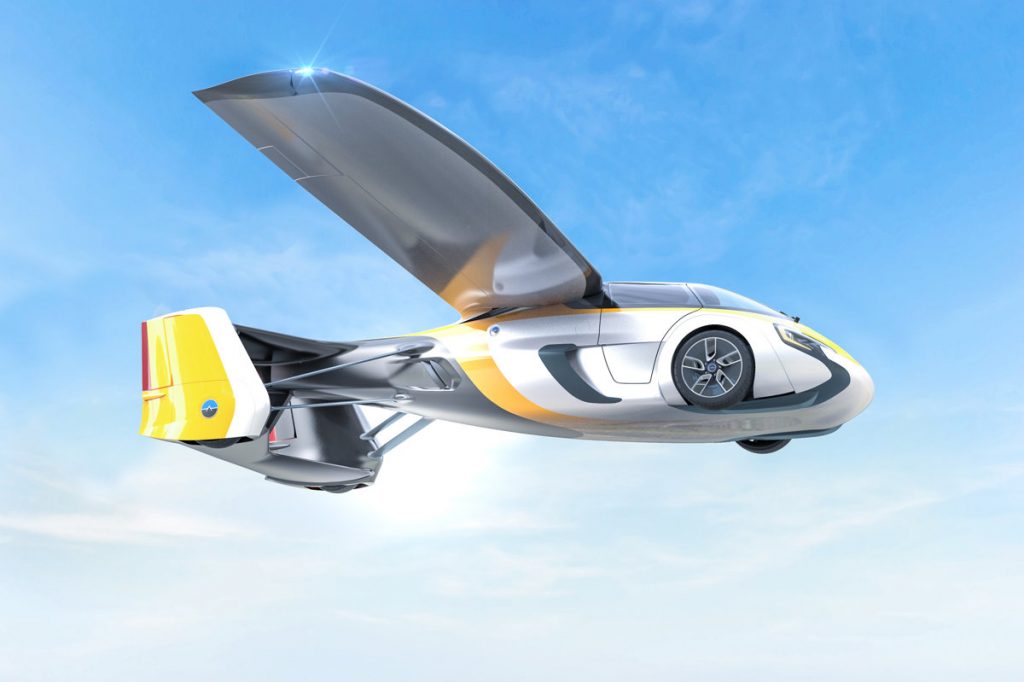 Slovakia’s AeroMobil is working on the newest model of its flying car and says it is sure it is about to take off.

The company recently presented a prototype of the AeroMobil 4.0 to a trade fair in China and one of its ebullient founders, Juraj Vaculík, said afterwards: “We’re moving forward in the development of the new prototype, that’s for definite.”

And he revealed how 40 people from eight countries, including the UK, are working hard on it, making it another international project emanating from the Little Big Country.

“If everything works out well, AeroMobil will be set for flying tests in 2019,” Mr Vaculík said.

It should finally go on sale next year – 2020 vision, so to speak. No price has been announced yet but it will definitely be a rich man’s show-off vehicle.

However, AeroMobil says the flying car will provide efficient and environmentally friendly travel from short to medium distances.

AquaCity-Poprad boss Dr Jan Telensky sees the project as another boost for Slovakia’s reputation. He said: “It’s like something out of Jules Verne – and once again Slovakia is making dreams come true.”

The flying car was reaching 124 mph and could cover 430 miles on a full tank. Now, it can be parked in normal parking spots and fill up at normal gas stations.

But Aeromobil are not alone and at least 20 companies are on working flying machines.

Uber for instance is working to create an aerial taxi service in Dallas, Fort Worth, Los Angeles, and Dubai. Uber wants a plane-helicopter hybrid with fixed wings and tilt prop-rotors. The vehicles will take passengers from rooftop to rooftop.

Terrafugia Inc. in the US, also has a prototype flying and it has completed its first flight,

And Dr Paul Moller, of Davis, California, has spent 40 years developing a flying car that can be mass produced. He built his first one in 1967 in his garage.