In 1989 on a grey November day, thousands of  students gathered in the Czechoslovak capital, Prague, to recognise International Students’ Day.

And there was a lesson for the learning on those bleak streets.

This peaceful student gathering on 17 November  was being held in memory of a martyr from the Nazi occupation, Jan Opletal, a student at the Medical Faculty of the Charles University in Prague. He was shot at an Independence Day rally on 28 October 1939.

There was also an obvious anti-communist chill in the air.

They were standing in Wenceslas Square jangling bells and keys, a reference to the traditional ending of Czech fairy tales: “The bell is ringing – the story is over.”

And so the Gentle Revolution began. It lasted twelve days.

The Gentle Revolution marked the end of 41 years of one-party rule in Czechoslovakia, and the start of  conversion to a parliamentary republic.

On 24 November the top tier of the Communist Party resigned.

On 27 November a two-hour general strike was held.

on 28 November the Communist Party of Czechoslovakia announced that it would relinquish power and end the one-party state.

In June 1990 Czechoslovakia held its first democratic elections since1946.

On 1 January 1993 Czechoslovakia split into two countries, the Czech Republic and Slovakia.

And so the future was kick-started.

The Velvet Revolution would not have been entirely possible were it not for the dramatic developments unfolding in the other communist bloc countries which symbolically culminated  the eventual fall of the Berlin Wall  in East Germany.

Although many people in the two countries are still unconvinced that The Split was a wise step to take, it was one of the most notable political achievements in post-communist Europe.

The break-up happened peacefully and was ultimately a bloodless transfer of power.

But the two lands had a chequered history stretching across time immemorial.

Czechoslovakia had risen in 1918 from the rubble left by the collapse of the Austro-Hungarian Empire.

U.S. President Woodrow Wilson, among others, helped form this independent country as the Habsburg, Russian, and Ottoman Empire  were brought to an abrupt end..

Before the creation of Czechoslovakia the rest of the Western World only had a vague, if romantic, idea of the Czech Lands …  all they saw was Bohemia and the exotic spice roads, trade routes and wild horsemen bristling with pride.

Slovakia on the other hand was part of Hungary and seen as mysteriously rural, a land of castles, costumes and horse-drawn carts.

Today though the Czech Republic and Slovakia have come out of the political dark ages  and are celebrating the  anniversary of the founding of the umbrella which ultimately sheltered the burgeoning new order.

But what have been the benefits?

Well, a lot of Slovaks still claim that wages buy less in the 21st century than before  1989.

Data of the Institute for Financial Policy reveals the average net monthly wage in 1989 was 3,142 Czechoslovak crowns (approximately €104). In 2018, the monthly average salary in Slovakia exceeded the €1,000 threshold for the first time.

Food is cheaper and more widely available and there are very few half-empty shelves.

To buy ten basic foodstuffs, Slovaks had to work a quarter less in 2014 than they did under communism. And while in the 1990s only two-thirds of households had an automatic washing machine, by 2014 the rate went up to 90 percent.

Of course, under communism unemployment was basically non-existent and after a difficult three decades of high unemployment, the unemployment rate is a lot lower, and the country needs to import labour from abroad

Slovakia is now also one of the safest countries in the world, according to Eurostat.

On the whole, the gangster and gangster politics are withering in the shadows.

Flight connections to Slovakia have significantly improved as well.

Most children in primary schools around Slovakia learn English as their first foreign language. Many of them start learning as early as six years old.

No doubt the country, which now enjoys freedom of speech and free movement, has some issues to tackle, and corruption is high on the list.

But In March 2019, the country elected Zuzana Čaputová, who embodies the ethos of the protests, as its fifth president. And so the air is cleaner, the people, generally, have a better life and although the memories of the decades before 1989 remain, Slovaks can now look forward and say with pride, long live Slovakia and its freedom.

2 thoughts on “‘Bells were ringing, the story was over…’ how, on a grey November day, the gentle revolution began”

Thu Nov 14 , 2019
In some ways this man was the architect of peace before the gentle revolution... but his death for many leaves unanswered questions 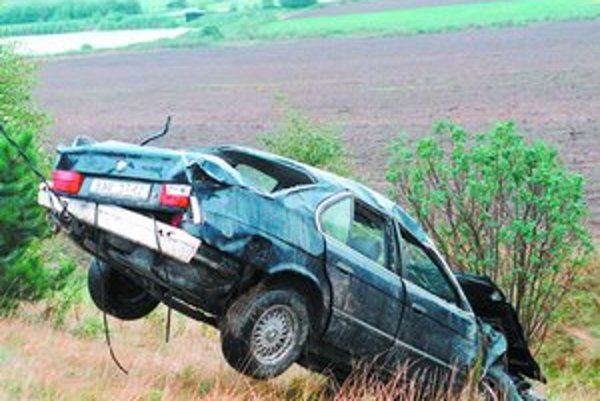