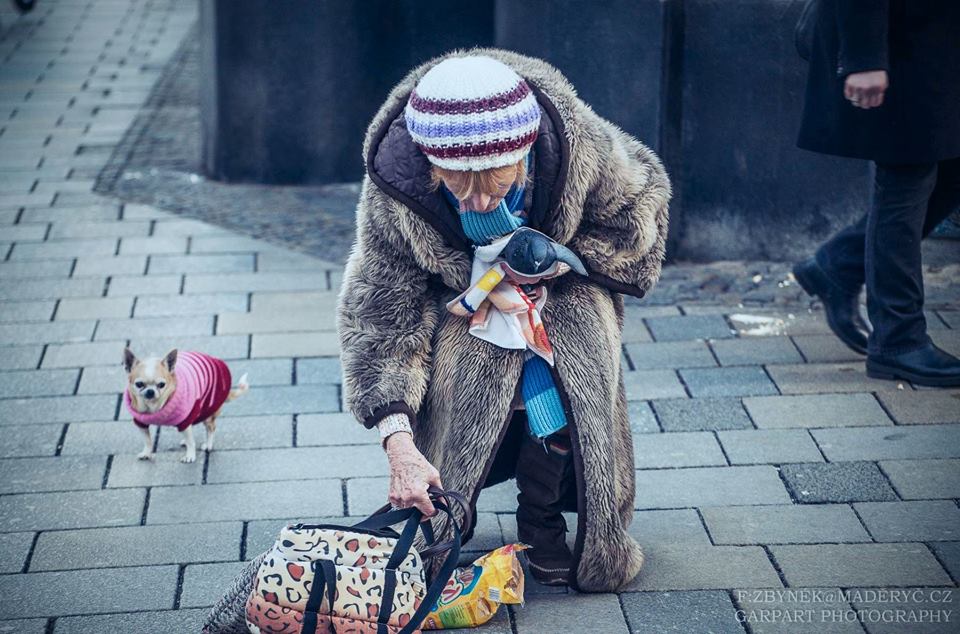 Sometimes, something happens on the streets of your hometown … something small, insignificant even … on the face of it.

And this photograph, taken  in down-town ancient Brno in the Czech Republic captures one of those moments … an elderly lady, dressed in furs and boots against the cold, returning from shopping, stops to scoop up an injured bird.

Her pet chihuahua, itself looking old and wearing a coat to protect it from the weather, waits  as she struggles to pick up her shopping bags while cradling the pigeon, now wrapped in what looks like her headscarf.

What is so telling about this photograph by freelance photographer Zbynek Maderyc, is the total aloneness of this elderly lady in the heart of the Czech Republic’s second largest city.

Nobody stopped to help her, a businessman, for instance, strides past as  this tiny broken-wing of a drama unfolds.

And there is the power of this image …

Only Zbynek noticed her before she vanished into the bustling crowd, the creature she’d rescued clutched to her breast …

Zbynek said the woman is often seen around the old town but nobody seems to know who she is.

And I guess that is the sadness in this enigmatic photograph.

We did not choose to stop seeing our children... 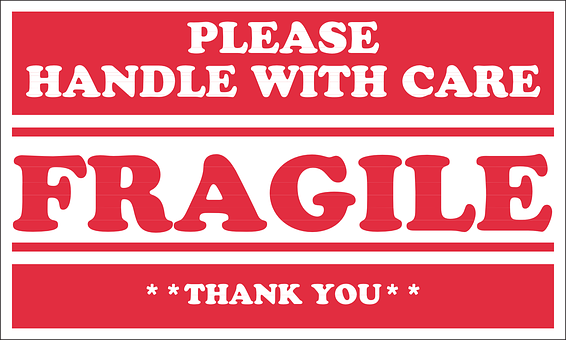