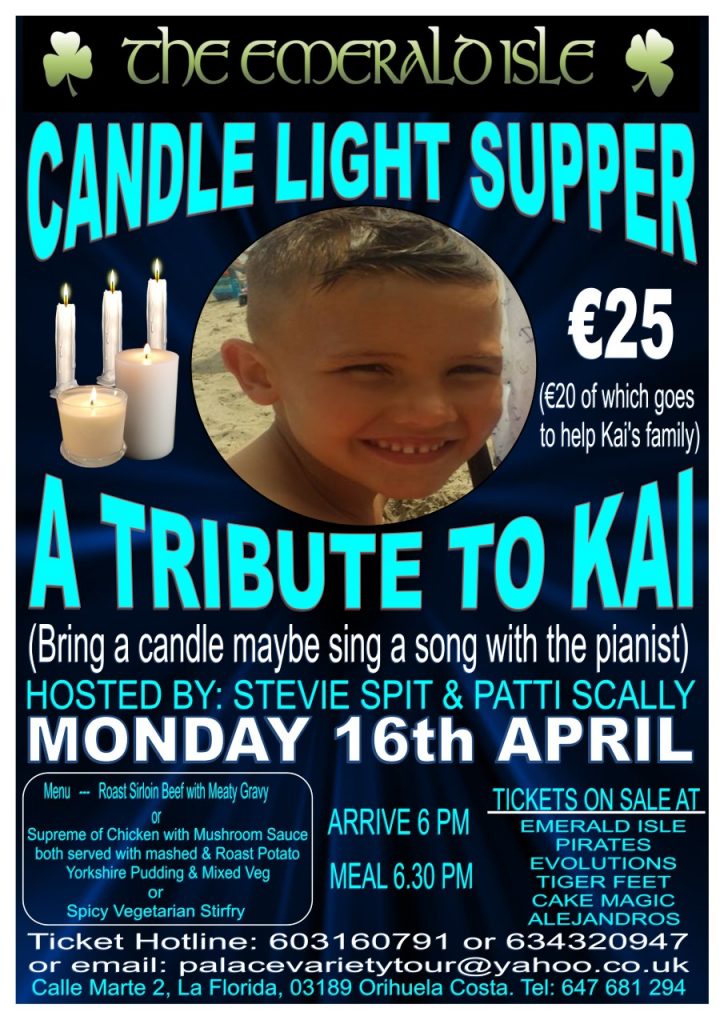 Ex-pats on the Orihuela coast say that the tragic  death of a nine-year-old British boy may have been avoided if  a beach bar which housed life-saving equipment hadn’t been shut-down.

Tragic nine-year-old Kai Fawcett is thought to have collided with another boy as he played football on the sand near La Zenia, a holiday resort renowned for its music and micro-climate.

Kai was revived on the beach by paramedics after locals, beachgoers and police  battled to save him.

The schoolboy died in hospital the next day.

Kai’s mum Nicola Fawcett, from Doncaster, south Yorks, works as a waitress at a bar-restaurant in La Zenia on Orihuela Costa.

Felix Arenas, president of the local neighbourhood and business association, was quoted as saying the community had been left devastated by the accident.

Others said that the closing down of music bars may have hampered the battle for Kai’s life.

A defibrillator is believed to have been  housed in a locked bar near to where the tragedy happened. “If the first people to get to the poor lad had been able to get the defibrillator then they might just have saved him. The closure of the bars – which are the main attractions to the area amongst ex-pats and holidaymakers – is outrageous.”

Officials also admitted a local lifeguard service in operation over Easter had been suspended until peak season the day before the tragedy.

A statement said: “Orihuela Town Hall wishes to express its utmost condolences over the loss of the child as a result of a collision with another youngster.

‘The incident occurred on Cala Bosque beach in La Zenia. Attempts were made to revive the boy before local police arrived on the scene 10 minutes after the incident with a Civil Guard patrol.

‘Health professionals managed to stabilise the youngster who was transferred to Quiron Hospital in Torrevieja before being taken by air ambulance to Alicante General Hospital.

‘The incident happened during medium season and the coastal lifeguard and rescue service had ended after Easter on April 2. We offer our condolences to his family.’

Councillor Rafael Almagro, at Orihuela Town Hall, said: ‘It appears the boy was playing with some friends on the beach.” 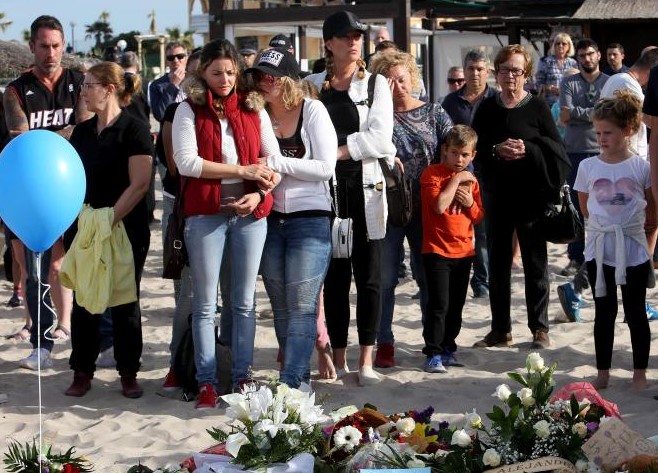 Meanwhile, beach rock events have become a thing of the past after thriving bars in the Punta Prima area were closed overnight at the height of summer.

The closure of the beach bars and the curtailment  of live music in Orihuela is another massive blow for ex-pats who saw it as a major part of the joy of living in the land of sand, sea and sangria.

Dozens of bands and singers who flocked to the area because of its reputation for live music have lost at least part of their income.

These charmless paradises for rich people prompted the consumerwatchfoundation.com to compare them to the high-rise travesties  of British cities like Manchester built in 60s and 70s to put families living on top of each other.

This wasn’t Brutalist architecture … it was just brutal.
The consumerwatchfoundation,com has tried to contact those in authority in the area but so far our calls and emails have not been returned.

What do you think about the loss of live music? Tell us in the comment box below.