Soccer hero Jason Lee captures the positive mood at an event kicking off a revolutionary homes and jobs initiative.

The former Premier League star, who was the butt of jokes at the height of his career over his hairstyle, seemed to dance with joy as the scheme, which gets people building for their own futures, was unveiled in DH Lawrence’s home-town on the outskirts of Nottingham.

And in its latest project ‘apprentices’ have turned one of Eastwood’s most historic buildings into luxury apartments.
The financial angel behind the scheme, Dr Jan Telensky, from Bedfordshire, said: “This is a business that cares, a college which uses state-of-the-art training methods, including virtual reality, to fast-track builders into the qualifications that give them the best chance of getting jobs.
“Now it is offering a straight-forward scheme which can actually leave first-time buyers with money in their pockets.”

And it was as the seven apartments were opened that the fun began. Eastwood’s Mayor Keith Langden laughed as he revealed he started out life as a plumber.

Ex-miner Colin Clark, next door neighbour to the project, happily revealed how he helped ‘dig’ the channel tunnel after losing his job after a decade in the local mines.

Aaron, from Derham, near Norwich, had taken a course with ERR and quickly reached NVQ level.

He said: “I was already working as a plumber but wanted to take the next step, so I took the ERR course. It was brilliant, fitting kitchens in the safety of virtual reality – then doing it for real in an old building.”

Arron, in his mid-twenties, was so pleased with the way his work had gone he brought his partner Cody and their new son, Oaklin, to the open day.

And his name was entered in a raffle.

Cody, who has relatives in Nottingham, said: “It’s just the job… we could probably do with a new car, our old one keeps letting us down.”

Dr  Telensky said: “I’m so pleased for Arron and his family … they are the proof that this scheme works.”

Celeb builder Tommy Walsh, who has backed the scheme since it began, said: “There is a skills shortage in the UK and a demand for new homes. This brings it all together.”

Dr Telensky also revealed that the building in Church Street, had been used to hide the memory of the area’s ‘shameful’ son DH Lawrence. Locals hid away the now-famous Phoenix headstone from his first grave at Vence in the South of France in the attic for decades after it was shipped to Eastwood.

Later Jason Lee took the opportunity to kick off another part of the ERR revolution … the company is helping injured footballers into new careers.

The college has linked up with the Professional Footballers Association. Jason said: “This is something to celebrate.”

WHAT RANGE OF PROPERTY PRICES AND RENTAL COSTS?

Because of the model the company buys properties cheaply and labour costs are low because of training. Ultimately the sale of the property realises a profit of course.

If the tenant doesn’t take the option to buy then the rental money isn’t returned, the situation has become a normal rental agreement … their deposits etc are of course returned.

The tenant can also opt out of the scheme once a year if circumstances change or they change their minds.

There are only normal legal fees involved, conveyancing etc …no hidden fees or costs. As in the government’s scheme there is a reservation fee but this is refundable if they decide not to buy.

If house prices drop, the renter can continue to rent after the three-year period without penalty until house prices pick up again to an acceptable level.

They will not lose out.

There is also of course the fact they can leave the scheme without any penalty under the option to buy or not.

It is a really good and fair scheme, it improves existing housing stock, supplies new homes, trains construction workers for the future and helps people get the deposit so many need to get a family home.

Shame of the rotting cars inside a Welsh mountain 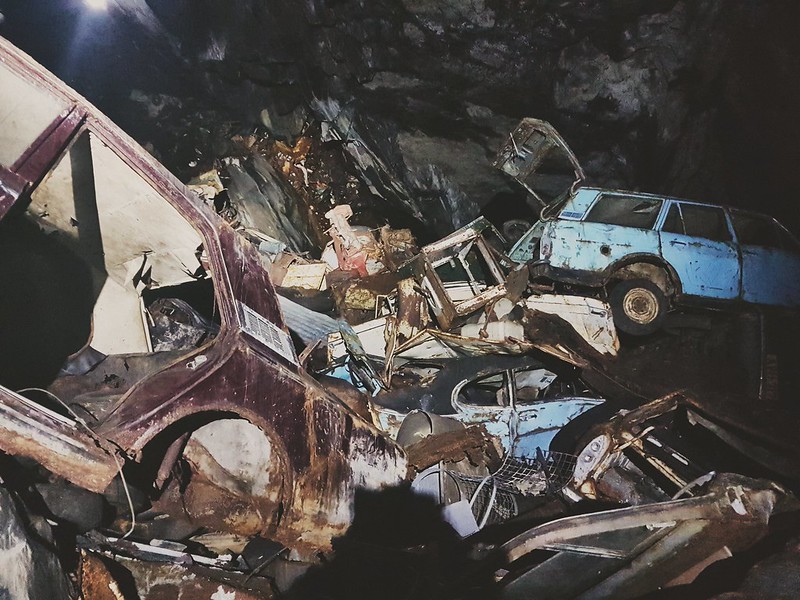