After six years of conflict millions of Syrians have been displaced, forced to flee their homes and now live precariously with an uncertain future.

Many have found sanctuary throughout Europe but this has prompted voices in the UK to predict  ‘a swarm’ of refugees ‘swamping’ the British Isles. It has armed Brexiteers with reasons to leave the EU, claiming most refugees find their passage through the Union.

This has been at the heart of the Brexit campaign, instilling fear that we are about to be overwhelmed by mass immigration.

However, looking at the facts released by UN refugee agencies, they paint an entirely different picture. To date the country taking in the greatest number of Syrian refugees is Turkey – over 3 million, then Lebanon 2.5 million, then Jordan 2.25 million. Germany has taken 600,000, Sweden 110,000.

The list diminishes with Netherlands 31,000. Even Singapore 14,000. However, towards the bottom of the heap is the UK which has accepted a total of around 10,000 of which only 4,400 have been taken in under the Vulnerable Persons Resettlement scheme.

Such is this huge tide of humanity pouring onto our shores.

The vilification of millions of moderate peace loving Muslims tarred with the same brush as an extremist minority within their midst, has been fanned by racists and right wing elements in the UK. Following that argument to its logical conclusion should all Christians be equally tarred as the IRA and UDF terrorists who bombed and murdered innocent people in recent decades? They were Catholics and Protestants respectively after all.

Muslims could never be accommodating, peace loving, humanitarian, charitable and caring … could they? The fact that I am writing this article today is a testimony to their benevolence.  70 years ago Muslims helped save the lives of over 125,000 starving and dying Christians fleeing a Stalinist holocaust.

Yes, I am the son of a slave, of a refugee who finally arrived in the UK at the end of World War II.

My mother, along with 2 million Polish citizens, was forcibly evicted at gun point by Soviet forces in February 1940, with no more than a 15 minute order to pack, herded into a cattle train and deported to the frozen wastes of Siberia.

WWII started when Hitler’s forces invaded Poland  on September 1st 1939. What is little known is that the Nazis and Soviets had signed a secret pact, the Molotov-Ribbentrop Pact, to carve up Poland between them and on 17th September Russian forces invaded from the east occupying 13 Polish counties known as The Kresy Region.

My mother came from a small town in this region and she, together with her parents and three sisters, were put on these trains to hell. In minus 40c temperatures hundreds of thousands perished just on the journey alone.

The sick, the old, the very young died first. From time to time these trains would stop and bodies would be mercilessly thrown out of wagons and into the frozen snow. My mother, as a 13 year old, witnessed these horrors. This was a prelude to several more traumatic and horrific events she was to experience. Finally they arrived to be enslaved in Siberian labour camps. A million were dead within the first year of captivity.

I remember my mother saying that all the Poles felt it would be a miracle if any of them were to survive another year. However, that miracle did happen because in June 1941, under Operation Barbarossa, Hitler turned on his ally and invaded Soviet territory. Stalin swapped sides and joined the Western Allies. But what of the Poles?

Stalin did not wish to relinquish his Siberian slave labour but was forced to, due to pressure by the Polish government in exile in London, and by Winston Churchill. Unfortunately, many were not released.

But where could the Poles go to? Certainly not back into war torn Europe.

Polish general Wladyslaw Anders was released from the Lubianka prison and tasked with reforming a Polish army on Soviet soil. He had more ambitious plans. He organised the evacuation of Polish citizens from the camps and took them, and his army, thousands of miles south to freedom – to Iran, (then Persia). Many died along route due to their fragile malnourished state, especially as they entered hotter climes of Kazakhstan, Afghan and Uzbek territories.

Out of an estimated 400,000 released about 120,000 finally reached freedom, crossing the Caspian Sea to the northern shores of Persia. Unfortunately, my grandfather did not make it as he succumbed, weakened and malnourished due to starvation and brutal labour conditions. Many were simply too exhausted from their sufferings and diseased with dysentery, malaria and typhus.

What happened when the Poles arrived? Imagine 120,000 starving emaciated Christian skeletons pouring out of ships and boats on to Pahlevi beach, Northern Iran. How were they met by the local Muslim peoples?  With humanitarianism, with charitability and with a dignified compassion.

My mother and my aunt recalled that Muslim ladies were waiting on the beaches and went amongst the sick and starving feeding them with bread, dates, lamb. There was no Red Cross initially to deal with this sea of humanity. But the Iranians more than rose to the occasion building hospitals, quarantine centres for those with infectious diseases, and accommodation for families. The Iranian army donated over 2000 family sized tents, the Shah of Persia took 18,000 orphaned Polish children and housed them in and around his royal palace in the holy Islamic city of Ishfahan. The main cinemas in Teheran even ripped out their seats and shipped hundreds of them to the Polish refugee camps springing up along the shoreline.

After a period of rehabilitation Poles were transferred to five large camps in Teheran. As the refugees were loaded on to trucks ready to depart, Iranians threw objects at them. The frightened   Poles at first thought they were being stoned, but noticed that the objects were not rocks, but cookies and candies. They were being showered by the kindness of their Iranian hosts. Upon their arrival in Teheran many city residents organised a relief operation in which many home owners designated one room which became known as a ‘Polish room’. Into this room they and neighbours filled it with spare blankets, clothes, pots & pans and many more domestic items. Trucks would then pick up these donations and transport them to the Polish camps who were desperately short of many basics to make life bearable. This huge humanitarian operation ultimately meant that my mother and thousands like her survived, and were rehabilitated to health greatly due to the warmth and generosity of the Iranians. My family, along with thousands of refugees were later moved to India and then to East Africa where they spent the rest of the war on the shores of Lake Victoria.

Finally at war end they arrived in Britain but could not return home because the Eastern territories seized by Stalin were never returned to Poland.

My mother was now a true refugee, stateless with nowhere to go.

But they did settle in the UK. They had no other option. In my city, Birmingham, most of the Poles who arrived during and after the war were from the Kresy region. They built a new community here and integrated into British life, hard-working but quiet, carrying the traumatic memories within them. Now in their 80s and 90s there are very few of them left, in the very winter of their lives. I am from the second generation of these people.

In 2002 the Iranian authorities invited Polish religious leaders and surviving families to commemorate the 60th anniversary of the arrival of refugees to Iran. A day of prayers at mosques throughout Teheran ensued, as well as a joint commemorative ceremony at one of the three Polish mass grave sites, at Dulab cemetery, Teheran – officiated between Islamic and Christian faith leaders. Not one western paper carried this story because this holocaust has been largely written out of history, by the west. But not by the Iranian peoples who continue to remember.

Very soon the last of these brave survivors will fall silent whose story will fade into barely a whisper in history. I only hope that the suffering of my mother and of those forgotten two million Poles will never be visited upon the children’s children of people like Trump, Farage or Le Pen. Like my family, in a twist of fate, they too may find themselves the subjects of Muslim humanity and charity.

Our UK government’s pitiable open arm reach to those suffering Syrians pales into pathetic insignificance when compared to the response of how my mother and Polish refugees were touched by the compassion of a peoples of a different faith… so many years ago.

One thought on “Can a history of compassion repeat itself, asks the son of a refugee…”

Rosko and Dr Jan talk the language of memories and success... 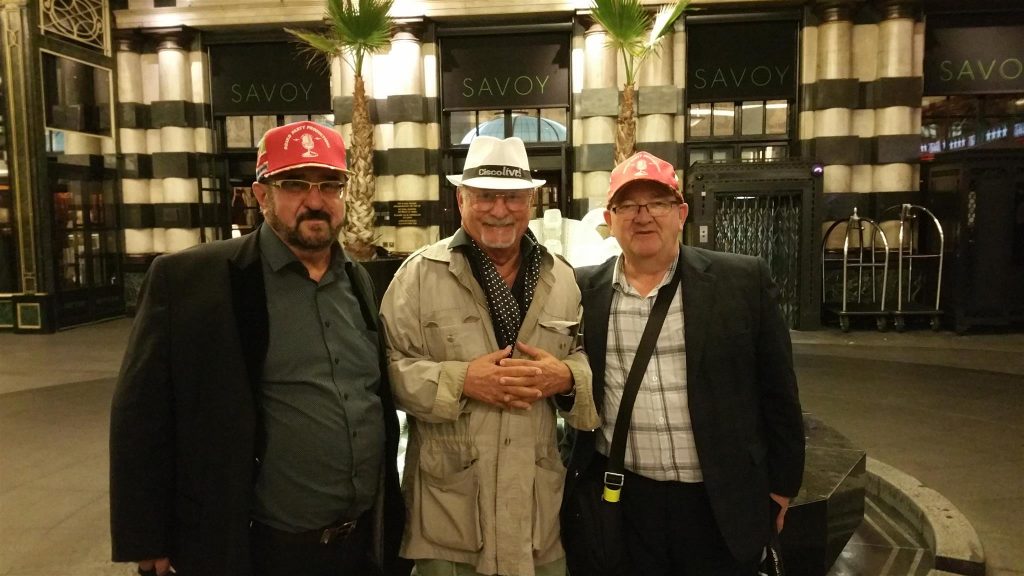