Bedroom cyber expert Marcus Hutchins is being described as a hero for his role in stopping the global cyber virus which hit more than 200,000 companies and organisations in 150 countries around the world.

Working by himself at the back of his home in Devon, Marcus says he noticed the malware “queried” an unregistered domain address which he had bought for around £13.

So, he pointed it to a “sinkhole”, which is a server designed to capture “malicious traffic” and is something Marcus does as part of his day job, he said.

This simple act had “unknowingly killed the malware” with suggestions the domain had become a “kill switch” to prevent the virus spreading further.

Now the consumerwatchfoundation.com’s own tech expert Eric Wiltsher tells us what we can do at home to stay safe in the brave world of technology… The Global Virus headline news has sparked a number of nasty folks selling cures that will never work.

I’m not about to name them as it makes them gain popularity – but DO NOT rush out and buy anti ANYTHING right now unless you get it from a reliable source.

In most cases, as always, I would suggest a chat with an independent computer specialist store. It may cost a little more, but at least you’ll get service from a fully-trained person.

There has been much written about Windows XP. Microsoft has issued a patch, but in truth it’s not consumers that the hackers are after. Its 15 seconds of fame which is important to them.
Returning to the virus itself, many use cheap wi-fi units – please don’t and many will ask, if we can use secure home set-ups, why can’t the NHS?

However, the systems are very different – and here at the consumerwtchfoundation.com we are here to help the man-in-the-street … and you can protect yourself cheaply, whereas big business has a major problem to secure everything – that’s a long story. However, safe to say just throwing more money at the NHS wouldn’t have solved their problem(s).
Now to you.

Reasonably priced wi-fi units come with lifetime guarantees – settle for nothing less.  NEVER EVER just plug your computer into the wall socket unless you know what you are doing. Even if you don’t have a laptop, just using a PC, always link to the incoming internet through a wi-fi unit.

It’s just added protection. For MAC owners do not believe the hype that you are exempt from attacks – YOU ARE NOT! If MACs were 100% clear then Apple would get into hot water, in court probably, for offering anti-virus/malware solutions. Again the sensibly priced Wi-Fi units work equally with MACs.  The technology used is now common to Macs and PCs.

In short get a good wi-fi unit and give yourself added protection.

a) only have your home equipment connected to a modern standard, lifetime, wi-fi unit
b) when your browser says the site you want to visit is dodgy, DON’T GO THERE
c) when receiving emails don’t open attachments unless they have been scanned by an antivirus programme
d) make sure your anti-virus is up to date – good FREE ones are AVAST and/or AVG.
e) we would also recommend using Advances System Care and/or SuperAnti Spyware – both free
f) DO NOT DOWNLOAD updates from anywhere but Windows
g) if a fool comes on the phone and tells you your PC is infected. Tell them to hold on while you make a cup of tea, they’ll go away. MICROSOFT will NEVER call you.
REMEMBER modifying a computer can damage the device, only make changes when you are sure you have the knowledge to do so.

How filming your children can cost you custody battle 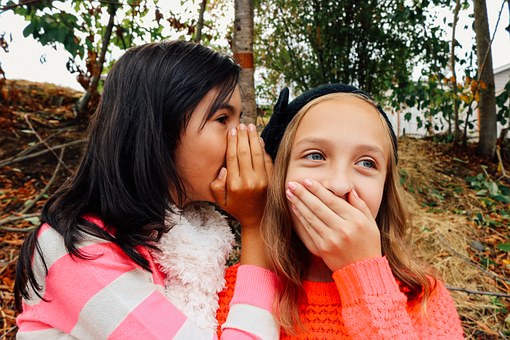