A clown posed by one of our readers.

Where’s the entertainment? Some joker dressed as a clown grinning as they scare you half to death? Or is actually something more sinister? CWF has been investigating.

In America, where the so-called joke began, it appears to be going beyond a series of pranks – there are serious reports of clowns threatening schools, brandishing guns and being involved in at least one death.

Things have become so serious that the White House has stepped in: “This is a situation that law enforcement is taking quite seriously,” a spokesman said.

America’s clown terror appears to have started in August in Greenville County, South Carolina, when clowns tried to lure them into woods offering large amounts of money.

Now that definitely isn’t a joke!

And people around the UK have reported a series of sightings of clowns frightening children, with six reports of “clown incidents” from Northumbria police in a week.

The scariest involving a masked man with a knife suddenly appearing in front of a group of 11 and 12 year-olds who followed them to school in County Durham. The pupils were left distressed but unhurt by the clown, who was wearing grey tracksuit bottoms, red shoes and a multicoloured top.

We believe this to be part of a much larger prank which is currently sweeping across the USA and parts of the UK. It is very alarming, the man was carrying a knife.

This isn’t a joke either!

Our officers have been on high visibility patrol across the region tonight to reassure the public in light of incidents involving people dressing up as clowns.

We know that people have concerns about the incidents and we have already said that any behaviour that causes alarm and distress is not welcome in our local communities.

This also applies to social media where we have been made aware of some messages on both Facebook and Instagram in which individuals have made threats.”

One of our readers from the North of England who regularly dresses up as clown for Halloween said: “I think on an honest note that it’s down to a PR stunt going wrong for the remake of Stephen King’s IT which is coming out soon. But it’s not a laughing matter to some clowns, it could bring a tear to Pagliacci’s face!

Back in the US though, the circus is really turning sour. In North Carolina, a woman who claimed a machete-wielding clown tried to force her into woods near her home described her attacker as male, with red bushy hair and a red nose, black gloves, a black tie and white shoes.

Pennsylvania, too, has been plagued by trespassing clowns. A woman found one peeping through her window and an 18-year-old man was separately charged after he was caught prowling around a neighbour’s house wearing a clown mask and armed with an air pistol.

A local college put out a safety alert after receiving eight clown reports, including one in which a car-load of clowns appeared to be armed.

While the intent so far has mostly been to scare rather than harm, police in Reading, Pennsylvania. And the clown craze has already claimed one life after a 16-year-old boy was stabbed in a confrontation involving a clown mask.

Even professional clowns are worried, after they saw pictures of people using guns to defend themselves. One has even started a Clown Lives Matter movement on Facebook to draw attention to their plight. More than 100 clowns are expected to take part in the first protest march in Tucson, Arizona, this week.

But why are clowns so scary?

A 2008 Sheffield University study on the effect of clown images in cheering up a hospital ward found all 250 children questioned said they disliked clowns.

One expert said: ‘We don’t know what’s beneath the make-up. It could be anyone or anything. They’re actually very frightening.’

However, this isn’t the first time somebody has sent in the clowns to scare us … there was a wave of sightings in the Eighties, shortly after the conviction of serial killer John Wayne Gacy.

After murdering 33 teenage boys and young men, Gacy was dubbed the Killer Clown because, as a community volunteer, he had appeared at charity events and children’s parties as Pogo the Clown.

Suffer the little Calais children as UK finally says, come to us 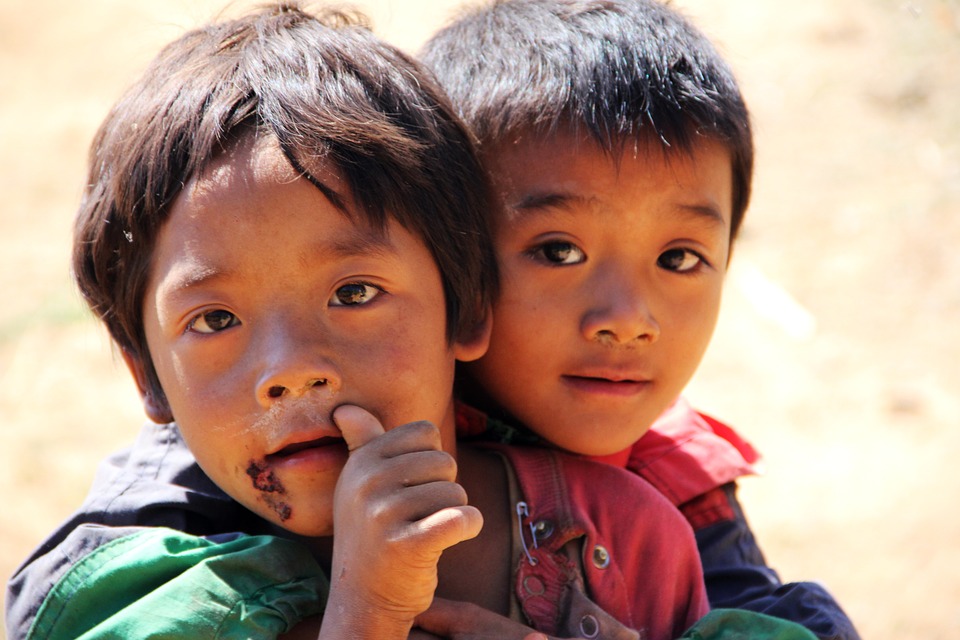