Slovakia has fought long and hard to keep its traditions and customs alive and today folk song and dance are  treated as family heirlooms, passed down from generation to generation.

Historically all districts and regions had their own  music, dialects, customs and costumes.  Today these are kept alive, not only within families, but are also taught at local schools.

Slovaks sing about love and happiness at the drop of a traditionally knitted hat but they also sing with pride about the beauty of their homeland.

Folk festivals abound. The annual folk festival  at the foot of  the Poľana Mountains,  a small  range in central Slovakia  has been held  in the second week of July in the amphitheatre in the town of Detva for more than 50 years. Very often there can be 1500 performers taking part.

The open air Museum of the Slovak Village  is definitely worth a visit too. It is  a celebration of the harvest home and the ancient ways of collecting the  harvested.

It stands  on the outskirts of the northern city of Martin in the North of the country and came into being in the 1960s to commemorate Slovak buildings, farm methods and day-to-day living in the 19th  century. The  15 hectares  site consists of more than 100 buildings, farms, croftlofts, a pub, a village store, a garden house, a firehouse, a wooden Renaissance bellhouse and an elementary school.

And then of course there is the  handicraft fair in Nitra,  at the foot of Zobor Mountain, in the   Nitra River  valley. Nitra is the oldest Slovak town.

Slovaks have a long tradition of handicrafts, woodcutters, ceramists, potters, tinkers, weavers, blacksmiths and makers of fujary,  a  musical instrument used by Slovak shepherds – a wooden  pipe as tall as a man.

Almost every ruined castle in Slovakia has its legend. Sometimes these legends are blood-curdling. One such legend is the story of Csejte. In this tale, a ruthless countess murders three young girls and bathes in their blood, thinking it will renew her youthfulness.

Belief in witches, ghosts, and other supernatural beings persist in some areas. Morena, a goddess of death, is the object of a springtime custom. In it, young girls ritually “drown” a straw doll in waters that flow from the first thaw.

In rural areas, some Slovaks still believe that illnesses can be caused by witches or by the “evil eye.” They seek the services of traditional healers who use folk remedies and rituals.

Our hearts are heavy … they’re our children 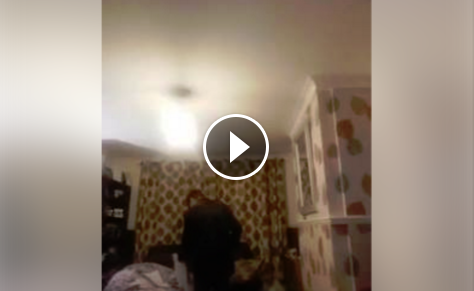