A group campaigning for parents to share their children after break-ups held a series of protests outside court buildings across the UK this week.

Members of D.A.D.S (Dads Against Double Standards) set up camp outside the main doors of court houses as part the protest which took place in more than 30 towns and cities across the country, including Edinburgh, Swansea, Liverpool and Belfast.

DADS say that many fathers and family members are alienated by courts and find it difficult to get shared access to their children.

The group believe it would be fairer if each case was decided on an individual basis and a ‘50/50’ parental responsibility was agreed in the first instance by the courts.

A leaflet handed out by the group states: ‘‘Parental Alienation’ is illegal in Brazil and is widely recognised in the US and Canada.”

Fathers’ rights groups like Fathers for Justice have received attention in the past for their outlandish protests but DADS spokesman Andrew John Teague, who lives in Swansea but decided to protest in Bristol with fellow activists, said: “We need to stop parental alienation, the courts know it’s an issue and they must begin to act on it, it’s a failure in the justice system.

“We’re protesting to get the law changed to make it a criminal offence to alienate a parent. It should be recognised as another form of child abuse.”

Andrew described how he spent two hours talking an unnamed member down from his despair. He said: “I couldn’t put the phone down on him, how could I? I have felt similar feelings to his in my own personal battle to keep in contact with my daughter.”

And Andrew revealed that more and more of his time and the time of others running the site is spent talking to divorced parents who have hit rock bottom as their ex-partners twist their children against them and they come up against the brick wall of beaurocracy which ham-strings courts, social services and the CSA.

Custody battles have sadly always been a case of winner-takes-all with one partner – usually the mother – getting the biggest prize, the children.
But the fact is that children need their fathers too and shocking figures reveal that up to 75,000 children every year in the UK alone could become the victims – and the innocent guided missiles – of Parental Alienation Syndrome.
Andrew   said: “We see lots of cases like this and yet Parental Alienation receives very little attention.”

Brought to you by pigeon post ... yep Mr Corbyn is definitely bird-brained! 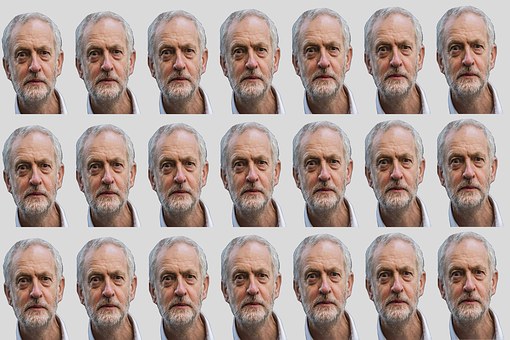