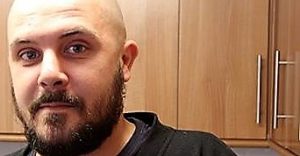 Father-of-five Ben Buckley has been viciously attacked on social media after launching a GoFundMe appeal to raise £2,000 to pay for Christmas.

Ben said he is ‘begging and pleading to give his children a happy Christmas’  after his pregnant wife Kirsty was admitted to hospital on several occasions with a lung infection.

He says he had to reduce his working hours to care for his family, and while he can afford his rent and household bills, he is ‘panicking’ about buying gifts for his children.

Ben said: “I understand that this isn’t anything compared to others problems and I feel awful having to ask for this help.”

But the warehouse worker, aged 32, has been viciously attacked for his actions.

One comment on his GoFundMe page said: “Maybe your kids could start a funding page when they grow up = “WE NEED FUNDING FOR COUNSELLING BECAUSE OUR DAD SPENT £2000 OF GREEDY SELFISH BEGGING MONEY ON US SO WE HAVE NO APPRECIATION FOR THE VALUE OF MONEY AND WE JUST WANT TO SPONGE AND GET EVERYTHING FOR FREE.”

Another said: “My Christmas when i was younger was a small dinner and a few small presents as my mother was so poor she could barely afford to keep the house; i guess some people have no dignity these days ; nobody helped us.”

One man wrote: “Get a grip of yourself the whole country is struggling what a joke stop scabbing from others and get handle on your life I’m a single parent with 2 children and I’m giving my kids a Christmas I can afford your just greedy and you think everyone owes you something you should be ashamed of yourself…”

As the list of attacks continued to grow, The consumerwatchfoundation.com asks one simple question … is this really the Christmas spirit that’s alive in the UK today?

Despite the attacks, Ben’s ‘begging’ has raised almost £500 in donations and he said: “I would like to thank all who have helped already, I really can’t thank you all enough. And to all the people leaving negative comments I understand where you coming from and what your saying.

“I wouldn’t of gone this route if I had other options I am embarrassed and I’m ashamed.”I’m sorry if I’ve upset and people that was never my intention.” 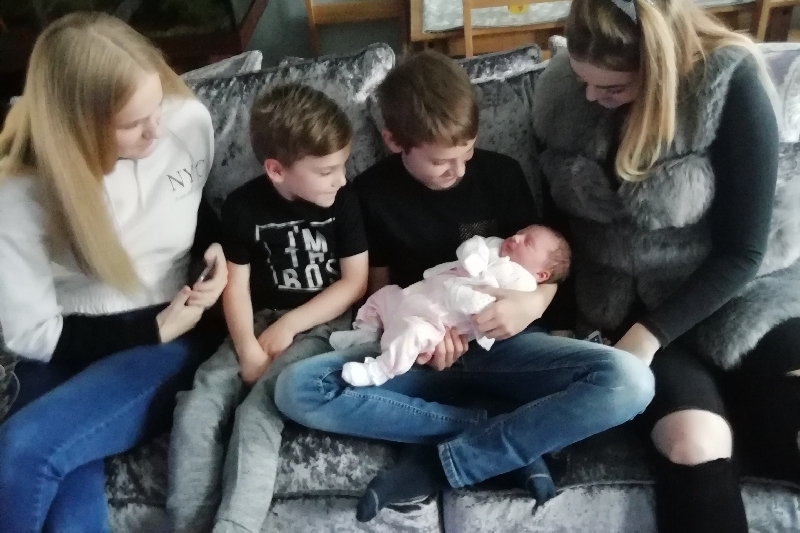 This is Ben’s story in his own words: “I would like to apologise for my awfull punctuation. Firstly a bit about my self and family I’m Ben I’m 32 my partner is Kirsty she’s 35 we have five beautiful children together and all is good. at least on the surface.

“I’ve started this go fund me as I don’t know what else to do or where else to turn, I work a low paid job in a warehouse doing between 45 to 60 hours a week which normally is just enough to get us by, but this year my youngest daughter Jessica was just born November 4th unfortunately it wasn’t a very smooth pregnancy and we had alsorts of troubles and ups and downs we was told she may be down syndrome we was told she would have alsorts of problems in the early days ( she was born a healthy baby with no problem s in the end thank god) she grew a lot quicker than what’s normal causing my partner many problems through the pregnancy especially in the last months.

“Which ment she ended up bed ridden in hospital several times.

“Because of all this I had to take a fair amount of time off work in the last month’s thinking I was going to be supported by my work place I didn’t worry to much about money.

“But it turns out my main boss had a problem with it and I’m not going to be getting paid like I expected to be. where now in a huge panic about Christmas and have no clue how we are going to provide our kids with a Christmas at all I’m been paid just enough money to cover the rent and bills.

“This should be a happy time for us all but under the surface of it all for mee and my partner it’s nothing but anxiety and worry about what’s to come and what we are to tell the kids and many other things.

“I don’t normally do charity I give to charitys but don’t expect to be given to by them but this time round I’m grasping at straws.

“I beg and plead for some help so I can give my children a happy Christmas.”

Tell us what you think in the comment box below.

14 thoughts on “This dad asked for help to buy Christmas presents, so why did people attack him?”

Seeing the wood for the trees ... The Great Return