Andrew John Teague and fellow campaigners have been climbing Carrauntoohil, the highest mountain in County Kerry, in blizzards, hail and wind.

And after a barrage of complaints about a three year old ‘awareness action’ called shirt-off-my-back, they took the controversial method right to the top, so to speak.

The action involves stripping off a shirt with hundreds of names hand-written on it outside  courts across the UK to say starkly “You taken everything from me – now you can have the shirt of my back’.

Andrew John Teague, co-founder of D.A.D.s and NAAP, has been carrying out the protest for almost three years but after the Hull Live news site republished a picture of him, people took to social media condemning the action.

Andrew and a colleague were described as appearing to be menacing and looking like  yobs.

Andrew John Teague said: “People should do what thy want to do to highlight the problems and real horrors surrounding parental alienation and family courts.

“But baring your chest hasn’t anything to do with thuggery, it is to do with making a point in a strong way.”

So, Andrew bared his chest along with another campaigner at the top of the mountain and said: “This is what it’s about the family courts take everything, including the shirt off our backs and now we’ve have literally shouted it from the mountain top!”

Ireland’s prize fighter Gary Spike O’Sullivan (pictured above) climbing Carrauntoohill mountain along with the campaigners.
Andrew went on to  describe the climb as gruelling. He was also going to  Cork court for a second time, the only court he’s visited where officials threatened to arrest him and a young mother.
Andrew told CWF at the weekend: “Education is desperately needed along with awareness. Family courts world-wide are failing children and pushing parents all in to mental health problems.
“And sadly some are going to the grave, dads, mums and grandparent.
“Parental alienation is child abuse parent abuse, grandparent and family abuse … It needs to stop. Stamp out child abuse, put children first.”

One thought on “Don’t get shirty but after a blizzard of complaints, the naked truth championed in snowy mountains”

'Bells were ringing, the story was over...' how, on a grey November day, the gentle revolution began

Wed Nov 13 , 2019
In 1989 on a grey November day, thousands of students gathered in the Czechoslovak capital, Prague, to recognise International Students' Day. 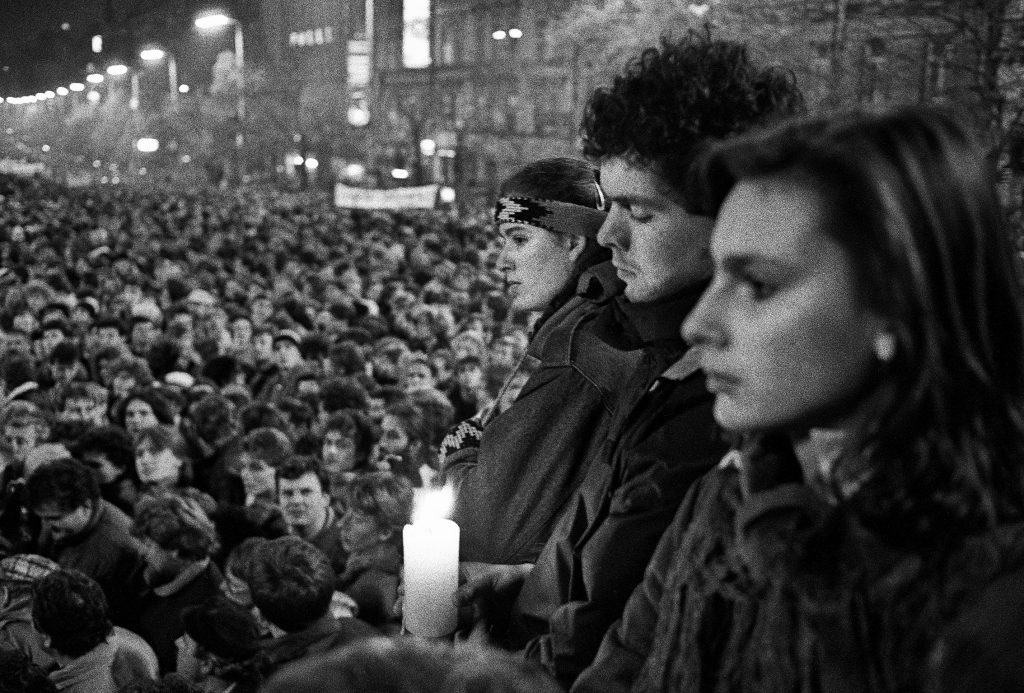