Owned by us all and locally based, crfedit unions are seen as the answer to so many peoples’ problems  – particularly as they seem to be taking a share of the market from   payday lenders.

Yet, in the UK, just two per cent of the adults is a member of a credit union. In the United States they are used by 46pc of consumers.

The problem seems to be although they offer good value loans, most of them offer a very poor deal to savers. And unless more people can be persuaded to save with them, credit unions will never get more cash to lend to needy borrowers.

Despite changes in the law, most credit unions still do not tell their savers what rate of return they will get. Only when a dividend is declared at the end of the year, do people know how their money has worked for them. In most cases they get less than 1.5pc.

When the law changed in 2012, credit unions were allowed to advertise fixed-rate savings for the first time. Yet in Wales only two credit unions are now doing so, and in Britain as a whole there are still fewer than 30 offering such products.

But when the Gateway Credit Union, based in Pontypool, opened a savings account offering 1.75% last year, they were swamped. The amount of money they took in doubled, and eventually they had to close the offer to new subscribers.

In the meantime, there are other high-profile supporters determined to make credit unions more popular.

The former Dragon’s Den participant Theo Paphitis has put money into RetailCURe – a new credit union designed to appeal to the 4.8m people who work in Britain’s retail industry.

Many earn less than £10 an hour, and he believes they need help to sort out the peaks and troughs of a monthly income.

He said: “Seeing what I can only describe as the cancer in our society, and this is payday lenders, at first hand – then there’s obviously a requirement out there,” he says.

“At the moment we are seeing payday lenders charging up to 17,000% APR to lend a couple of hundred quid for a month. It’s ridiculous.”

The new credit union, when approved, will help staff in New Look, Next, Rymans, Robert Dyas, Superdrug, and many other High Street shops.

However, while it will offer good value loans to help its staff, some will not find the savings rates particularly attractive.

Like most credit unions, it will work on the old dividend principle – declaring the interest rate in retrospect at the end of the year.

But the aim is to make the returns at least as good as easy access accounts at banks or building societies.

“It is our intention to make sure they are highly competitive,” says Richard Boland, the chief executive of the Retail Trust, the charity behind RetailCURe.

Nevertheless he admits that the interest rate is likely to be “south of 2%”.

Compare that with current accounts in banks and building societies that now offer 3% or more.

On the other hand, many banks pay less than 1% on some accounts, so credit unions can offer a better deal.

While the accountants may find that a difficult challenge, few consumers would disagree.

Labour MP and Co-operative Party chair Gareth Thomas is this week tabling an early day motion to call for the creation of a credit union for the UK armed forces just like Navy Federal.

This is his third attempt to win support for a scheme for members of the military and their families. Thomas said a credit union would make military personnel “less vulnerable to payday loan companies, who charge extremely large interest rates on quite small sums”.

Navy Federal’s range of financial products is little different from that of a traditional lender – credit cards, car loans and banking facilities – although it is also subject to a credit union interest rate cap. It is large enough to be able to claim to be the 33rd-largest financial services firm in the US, and its annual report outlines the use of derivatives and accounting hedges.

Well, many of us were banking on it … UK interest rates cut to 0.25pc 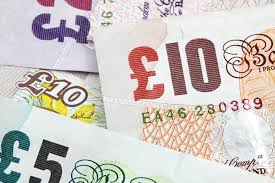