After almost three years of campaigns over parental alienation and the ‘shame’ of Cafcass, the Government has finally agreed to launch an inquiry into Britain’s family courts.

The consumerwatchfoundation.com, D.A.D.s (dads against double standards), the National Association of Alienated Parents and dozens of other groups across the UK – and in many other parts of the world – welcomed the pledge.

Andrew John Teague, who has been battling from his home in Swansea for parents who have been separated from their children, said the inquiry was “long overdue” and accused the family courts of operating in secrecy.

The Ministry of Justice has said it will convene a panel who will undertake a three-month consultation reviewing family courts.

The inquiry is said to be wide-ranging, but it is believed that it will mainly look for areas of  improvement as far as parental access rights are concerned.

Editor at the consumerwatchfoundation.com, Leigh G Banks, said: “Now we need to up the game, there is no doubt D.A.D.s and other groups, through day-in-day-out campaigning, have kept Parental Alienation on CWF’s front page.

“But now we need to shout it from the mountain-tops, just like Andrew John Teague has been doing by literally climbing mountains across Europe to publicise the battle.

“We need to lobby the Ministry of Justice while this investigation is on-going… please leave your thoughts and names here and I promise we will share them all with the MoJ to show just how bad things are.”

Last week more than 120 MPs called for an urgent inquiry into the way the family courts in England and Wales treat victims of domestic abuse or rape and their children. But Theresa May said there was no need for any action.

The prime minister’s response came as another father killed himself just hours after the  MPs told her the UK’s justice system is being used ‘as a weapon to traumatise people’.

Twenty four hours after Mrs May made this statement D.A.D.s reported another father had taken his own life because of the heart-break of parental alienation and court battles.

Andrew John Teague said: “Another child has lost a parent to suicide. What does Theresa May think she is doing, refusing an investigation?

“Parental alienation and the family courts kill people … family courts are, in my eyes, the  worst killers in the land. They should not be allowed to act the way they do, they need to be stopped now. Reform is needed.”

This latest death is the SEVENTH reported by D.A.D.s in the past few weeks.

However, despite Mrs May’s protestation, the MoJ said that the review follows concerns raised in a domestic abuse consultation. It said it would look into the family court’s response to potential harm to children and victims as well as perpetrators of domestic abuse using the court system to re-traumatise their victims.

Many are seeing it as another slap in the face of the Prime Minister’s leadership.

The panel will examine child arrangement in cases where domestic abuse is a factor, review the court’s application of ‘barring’ orders, and gather evidence on the impact on children where contact is sought by someone alleged to have, or who has, committed domestic abuse or other relevant offences.

Andrew said: “The inquiry should be totally independent. Family courts should be reviewed from the bottom to the top, not reviewed because of a gender-specific issue that would only deal with a small portion of the failings.  Lives are being lost because of the process, children are damaged.”

The MoJ said the latest work will build on its draft domestic abuse Bill, which will ban the direct cross-examination of domestic violence victims by their alleged abusive ex-partners in court.

Justice Minister Paul Maynard said: “Some of the most vulnerable in our society come before the family courts, and I am absolutely determined that we offer them every protection.

“This review will help us better understand victims’ experiences of the system, and make sure the family court is never used to coerce or re-traumatise those who have been abused. Its findings will be used to inform next steps so we can build on the raft of measures we have already introduced to protect victims of domestic abuse.” 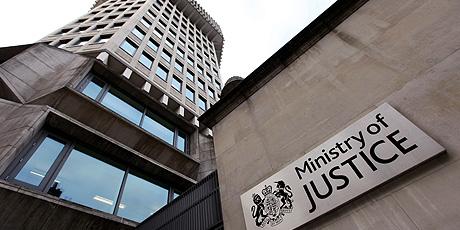