Financial experts should have told British Olympic gold medallist that his ‘gong’ could be worth more if it was made out of Lego bricks!

A financial study has shown that Lego has done better than gold or bank accounts over the past 15 years, with some pieces rising in value by 12 per cent compared to just 2.8 per cent for savings accounts and 9.6 per cent even for gold.

Bryn Turnbull, aged 26, a toy shop supervisor from Wrexham in North Wales has hundreds of pieces and dozens of sets of the toy which was once manufactured in Wrexham.

Bryn has worked at the toy shop in the town’s Eagles Meadow shopping centre since leaving university and says the shop has been a big help in building his investment plan.

The most popular type of Lego is Star Wars themed, accounting for 10 of the 20 most expensive sets. The Ultimate Collector’s Millennium Falcon is the most expensive, having gone from a retail price of £342.49 in 2007 to £2,712 today.

Two slightly earlier models, the Death Star II and Imperial Star Destroyer, which were released in 2005 and 2002 respectively, also fetch more than £1,000.

How to make money for your future when England finally brex-it..! 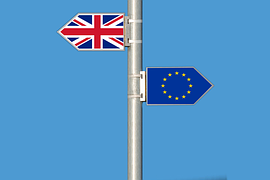