As radio stations across the UK began playing the charity single for the victims of Grenfell Tower, the consumerwatchfoundation.com takes a look at the Kensington and Chelsea Tenant Management Organisation whose job it was to look after tenants at the doomed high-rise block.

Videos and pictures show stars including Robbie Williams, Emili Sande and James Blunt looking emotional as they recorded Bridge Over Troubled Water. But it is fair to say that there has been something of a sound of silence from the tenants organisation.

Reliable reports say KCTMO, which is largely responsible for the safety and maintenance of the block of flats which turned into a raging inferno killing 79 people,  was paid £11million last year from taxpayer’s money.

Grenfell Tower is owned by the borough council in Kensington and Chelsea, but the management of the building is the responsibility of  KCTMO.

Robert Black has been  the company’s Chief Executive Officer since 2009. He lives in south east London. And he appears to be the only member who has spoken publicly about the horror.

Speaking  on ITV News Mr Black said just after the blaze: ‘We are in complete shock and send condolences for what’s happened today. Our thoughts are with everybody that is currently affected.’
Asked whether it was the TMO’s responsibility to keep people safe he responded: ‘Absolutely’.

‘It’s a huge responsibility to keep people safe which we take seriously – what I have to work out now along with the investigation is what happened.”

And there lies a major question … Conservative MP Mike Penning, a former firefighter, has already said “The cladding was spreading the fire … We need to find out what went on.”

But it will be a long time before that and many other questions are properly answered.

So, meantime what kind of people are given responsibility for lives of people piled one on top of the other in Brutalist 1970s high-rise blocks which many said should have been torn down decades ago.

KCTMO was founded 1996 and manages 9,760 properties in borough – it is probably the largest in Britain and is a tenant-controlled asset management company with council input. The council still owns the land and flats. The board structure is eight tenants, four councillors and three appointed members.

Interestingly, Fay Edwards, who is chair, was awarded the British Empire Medal ‘for services to the community’ last year.  She received the medal at a ceremony at the Tower of London and was invited to a Buckingham Palace garden party. She was nominated by Robert Black.

After receiving the medal she said: ‘When I found out, I was in shock, I couldn’t believe it.’

It was a sad coincidence that at the same time a blog  by the Grenfell Action Group said: “Only a catastrophic event will bring an end to the conditions here.”

Now, many believe KCTMO have questions to answer along with the local council.

Kensington is described as a borough with a serious wealth disparity – on the one hand it is the most expensive area of London,  and has one of the highest rates of wage inequality.

Grenfell Tower is situated on a council estate near Notting Hill  with some people  said to be paying £2000 a month in rent.

Survivors of the disaster have said they had raised fears about many things including escape routes.

Investigations have begun into the cause of the fire and how it is believed to have swept so rapidly up the tower’s 24 storeys, apparently spreading across a new thermal cladding system installed last year as part of a £10m refurbishment.

But it is fair to say that KCTMO, did recently place fire safety issues across its estate under review and ordered multiple changes to the way it handled fire risk in its properties.

Why shared parenting is 'just a fairytale' for so many 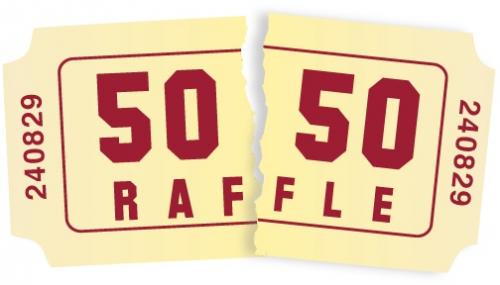