Government Ministers in the UK have been accused of pampering to the junk food industry after watering down plans to bring down the sugar content in children’s food.
In what is being seen as a sop to the food industry the Childhood Obesity Strategy, just published, only challenges companies to cut sugar levels by 20 per cent over the next four years.

However, one campaign group has hit out and described it as a ‘shocking abdication’ of the Government’s duties.

The strategy also ditched plans for a ban on junk food TV adverts before the 9pm watershed, and there is to be no ban on shops putting sweets at check-outs.

The new policy only asks food manufacturers, retailers and restaurants to come up with ways to cut sugar from biscuits, cakes, sweets, breakfast cereals, yoghurts and ice cream. Basically the Government has requested the industry reduce sugar by 5 per cent in the first year, with a final target of 20 per cent by the end of the decade.

It is shocking to realise that nearly a third of children in Britain are overweight and at risk of diabetes, heart disease and some cancers.

The Childhood Obesity Strategy was David Cameron’s attempt to set down firm rules for companies but it was virtual dumped when Theresa May took over the running of the country.

Sarah Wollaston MP, who is chairwoman of the health select committee, said it was “really disappointing” that “whole sections from the original draft have been dropped”, including measures on advertising junk food to children and on promotions such as two-for-one deals.

She said: “I’m afraid it does show the hand of big industry lobbyists and that’s really disappointing.”

Ian Wright, of the Food and Drink Federation, said: “Soft drink companies are already making great progress to reduce sugars from their products, having achieved a 16% reduction between 2012 and 2016.

Indeed, many individual manufacturers have a proud track record of reformulation to remove salt, fat and sugar from food and drinks and this work will continue.

CWF’s 2hr VICTORY - We didn’t have a prayer over recycled waste collection – then you stepped in! 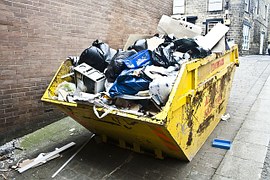