A reader has shared this letter with the consumerwatchfoundation, describing the heartbreak and loss caused to his daughter and himself by parental alienation.

His daughter is in her early twenties now and they had lived within a few miles of each other throughout her life… despite this they didn’t see each other for almost two decades.

The relationship between Holly’s (not her real name) parents had been passionate but rocky and it was finally knocked out when he came home unexpectedly and found Holly’s mother in a compromising situation with her best friend.

The estranged dad believes the two women began a war of attrition against him to hide their relationship … they bad-mouthed him to his friends, his parents, his colleagues, his boss, the police and the CSA. He and his partner were regularly threatened and abused on the streets by the two women and their families.

And they lied to his daughter about him.

She became his punishment.

He was forced out of her life.

He had a breakdown…

Then, one day, Holly started work in a small town he frequented and they began bumping into each other. At first they pretended they hadn’t seen each other and walked past on the streets and in shops

This is his letter to his daughter – he had written others over the years to the people who drove him away – and wanted to share them with her… he believed it might help her understand why her dad left her.

We both have to decide what we really want, sadly though, and we know so little about each other that it’s difficult to know what to do.

I guess what I’m offering is a chance for you to see my side of the story too. It doesn’t exonerate me or turn me into a hero but it might show you that I’m actually human.

I’m not trying to malign your mother in anyway and the letters I want to send you don’t do that. I hope that they show you that we fought long and hard to try and stick together.

But we couldn’t do it.  Linda and I failed together, neither of us failed on our own.

Holly, all I can say is that it was impossible for Linda and I to stay together.

The first letter, to your mother, shows what we were both going through on the road to our break-up.

I don’t believe there is anything in there which would shock you, you’re obviously aware of Mary Hilton’s involvement in it all.

There were always three people in mine and Linda’s relationship and ultimately Mary won her over and took her from me. You’ve already written to me on Facebook saying in no uncertain terms that you see Mary as your second mother.

The second letter, was one written to the police and it tells exactly what Linda and I both went through after we broke up. It was horrendous …

I don’t want to tell you any of this if it isn’t what you want but I know how important it is to know both sides of the story. I’m learning what happened to me now and having those missing pieces is a good thing …

Finally knowing why you ended up with a father who lived up the road who you never ever saw could be a good thing for you too.

Maybe then we can smile at each other the next time we bump in to each other on the street or in the supermarket.

Holly and her father began meeting for coffee and communicated on social media. But the rift between them was too great and Holly started breaking their arrangements to meet up and they drifted apart again. 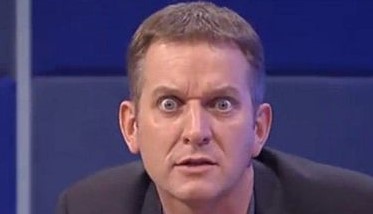