Sometimes, it’s not easy being green – and the oft-voted most environmentally friendly hotel in Europe plugged a gap in its environmental credentials recently.

AquaCity Poprad, in the glorious Tatra Mountains at the heart of Slovakia, has become so respected in the world of alternative living and sustainability that tourists were turning up in hybrid cars – but discovered they couldn’t recharge the vehicle batteries while they recharged their own.

That’s when the determination to keep it green at this beautiful spa hotel and water park kicked in and almost ‘over-night’ a charging station appeared in the resort car park.

Dr Jan Telensky, founder of AquaCity, said: “I suddenly realised something was missing – if you turned up in an environmentally-friendly vehicle you were left feeling a bit flat! We had no charging station and it just had to be remedied. How could have we miss it? So immediately I made sure we got it sorted. Electric cars are the part of the future and so are we.”

AquaCity Poprad, built to  run on geothermal and renewable energy, opened in 2005. And since then it’s reputation has risen with the world-wide interest in sustaining the planet.

The mountains which surround it have also been classed as  the Number One Destination by Lonely Planets – Best in Europe list for 2019.

AquaCity consists of  Mountain View and  Hotel Seasons. They share  the eco-heated pools, spas and saunas.

The adjacent Hotel Riverside is a part of the national football training centre and is part of the geothermally heated football ground.

Dr Telensky also has a farm nearby which uses environmentally-friendly methods and has banned pesticides.

He said: “Poprad for many reasons  had already come into my radar some decades ago and I had realised its potential, its elevation is high but it stands in a valley surrounded by ice-capped mountains and it has air so fresh and pure it revitalises you.  Then my wife’s family told me the story of an underground lake which was heated by the core of the earth.

“I remember thinking, what if I can harness the energy this lake is producing? Almost a decade later I did it.”

It is estimated that the world produces 32,294 million tonnes of carbon dioxide a year yet AquaCity over the same period prevents at least 10,000 tonnes of it from getting into the atmosphere …

Now that might sound like a drop in the world’s ever-expanding and over-heating oceans but Dr Telensky sees it another way – it really is one small but positive step for mankind.

And another organisation has just recognised the potency of Dr Telensky’s long-term project.

He said ‘it is within 10 minutes of the International Airport and rail station’.

Ramy said: “The resort has all the ingredients to tempt sports teams, incentive groups and conferences – the main hall holds up to 350 people.

“AquaCity has long been hosting premier league teams, making use of thermal out and indoor pools, an ultra-modern two-storey wellness area and ‘Cryotherapy Centre’, along with several hotel options. It is also a gateway to the High Tatras Mountains.”

AquaCity’s Aquapark has 14 outdoor and indoor thermal pools with a temperature of 30°C – 38°C, one is an Olympic-sized swimming pool
Ramy also described the resort’s Fire & Spa Wellness centre as ‘reviving and rebooting for health’. He was also impressed by the cryotherapy centre used by many sports people.
He also pointed out the benefits of the National Training Centre, next to  AquaCity – he said: ‘it has two conference rooms and a VIP lounge’.

And another big draw is of course the  High-Tatras Mountains.

Lonely Planet described them as a ‘lofty realm of crooked peaks and plunging waterfalls’ and one of the last European natural habitats for brown bears and amazing wildlife. 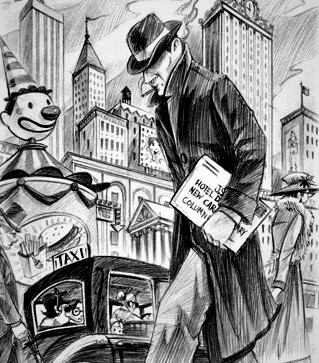