Paranormal researcher Hayley describes herself as a sceptic … so, is it better to research from a skeptical point of view or do you need ‘blind faith’ to be a ghosthunter?

Many would think that the ghost-hunting subculture of today is a new thing spurred on by the multitude of ghost hunting television shows out there.

Although our ancestors who sat in the séance parlours of their Victorian and Edwardian neighbours didn’t have the range of gadgets and devices that ghosthunters of contemporary society own, they certainly had the same aims; to find evidence that ghosts exist and to communicate with them. Ghost hunting is not new and neither are the problems that plague it.
There are likely thousands of ghost hunting teams today in the UK (nobody knows for sure,) who join together to visit allegedly haunted locations in their spare time: usually on a Friday or Saturday evening.

They will have a collection of ghost hunting gadgets borrowed from legitimate fields of scientific research and use them to detect a whole variety of environmental fluctuations that they attribute to other-worldly manifestations.

Some ghosthunters will attempt to be more scientifically minded and instead of using Electro Magnetic Field meters (EMF meters) to detect ghost energy, they will use them to detect strong levels of EMFs that it is claimed can cause people to experience strange sensations because of the way the fields in question interact with the human brain.

There is currently scientific research being conducted into this hypothesis with varying results, however the EMF meters typical of ghost hunting groups are not able to detect these ‘experience inducing fields’ (http://www.assap.ac.uk/newsite/articles/Magnetic%20ghosts.html).

The time spent at a location alleged to be haunted usually isn’t long enough to establish normal levels of EMF which would allow them to declare when a measurement isn’t normal but this doesn’t stop it from happening. Additionally, photographs of questionable quality, taken in the dark with camera not-quite-understood are shared on Social Media sites as proof that spectral visitors were discovered during these pursuits.
Ghosthunters are typically harmless and simply fool themselves into thinking that their pursuits are scientific, however there is a very real risk of vulnerable people becoming caught up in this hobby and being harmed. Many of the symptoms of a haunting are pretty typical of underlying physical or mental health issues or social issues too. There have been instances where the families of murder victims have been hassled by people claiming to have communicated with their ghosts, as well as families with young children being told that a sinister entity is in their home which places the whole family in danger.

That the alleged haunting has an entirely rational cause is overlooked in favour of looking for a paranormal thrill, but the ghosthunters can go home at night and leave the scary stuff behind them – the home owner on the other hand has no such privilege.
Yet, you only have to put yourself in the shoes of ghosthunters to understand where the motivation to keep finding the evidence comes from. It’s easy to spend thousands of pounds over the years on the pursuit of ghosts and because of such an investment it’s really difficult to accept that you might be barking up the wrong tree. Investments in this sort of activity go beyond that, though, and for many the act of finding and talking to ghosts is almost a form of emotional support that helps them come to terms with their mortality or perhaps the death of someone close to them.
I don’t think we can begrudge our ancestors for their desperation to speak to the sons and husbands taken from them in the World Wars (during which, it is argued, belief in spiritualism soared,) and neither can we scorn those unscientific ghosthunters who run around in the dark chasing shadows if it helps them through a period of bereavement. However, this is not a justification for the harm that can be caused.
Anybody considering working with a ghost hunting team should first check that they have a code of ethics in place that offers confidentiality, outlines what will happen during the investigation, and allows you to halt the proceedings. If they don’t then walking away is the best option for everybody involved.

The importance of being in touch with the dead 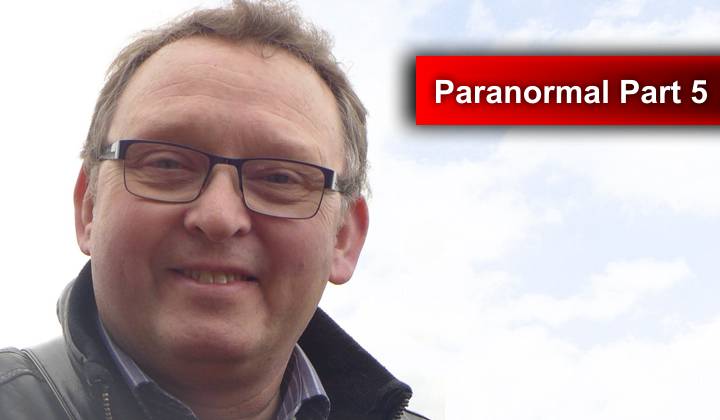