Another leading celebrity has taken out a super injunction preventing the British media reporting a story about their ‘personal and professional life’.

This latest gag stops any information being used if it might identify the celebrity – including their sex, the reason they are famous and anything else about their story.

The move, called an anonymised privacy injunction, has been used by many celebrities including Ryan Giggs and John Terry to cover up sexual infidelity.

The news media in the UK recently accused the justice system of “descending into farce” after an American publication published a story about a world famous man and his spouse being involved in sexual shenanigans when similar publications in the UK faced massive fines if they followed suit.

“Could anything more starkly expose the law’s failure to keep up with the internet age, in which no judge’s ruling can stop stories from flashing round the world?” one editorial asked.

That is why the fourth estate is a cornerstone of democracy, traditionally and historically. The Press in particular is the truth and the transparency of our society.

But it’s not only super-stars and celebrities who are being protected by Britain’s ridiculous interpretation of the laws on privacy – now criminals are being granted anonymity too.

Iceland workers who use body cameras to protect themselves have been told not to share any pictures of shoplifters to protect the criminals’ privacy.

The frozen food giant has been using WhatsApp groups to share information about thieves and thugs with other shops.

But the Government’s data protection unit has decided they are acting illegally.
And Iceland’s chief executive Malcolm Walker has been reported as describing the decision as ‘political correctness gone wrong’.

He said: ‘The thugs are apparently entitled to their privacy.’

But celebrities are a different kettle of fish – celebrities spend time and money on promoting their happy family life in an attempt to appeal to fans in a bid to get them to buy their products, whether it’s a cinema blockbuster or a sickly perfume.

However, as soon as the truth threatens to damage fans’ lucrative trust, they pile up walls of money to hide their infidelities, lies, hypocrisy and dishonesty.

So, then what has happened to the public’s right to know? And why does the public seem to be determined to throw it all away?

This latest injunction follows a story which appeared on the Mail Online site in America but the UK site was banned from using it. The decision to grant the injunction roused fury from the legal profession who say that in too many cases now children are used to defend adultery.

They also make it clear that the ramifications for freedom of speech are frightening.

A New York media lawyer, Mark Stephens, branded the move a “knee-jerk reaction”. He said:  “The message that goes out to celebrities is that if you’re going to have a ménage à trois or an open relationship, make sure you’ve got children because you’ll be able to keep it from the public.”

Injunctions came under public scrutiny in 2011 when Manchester United footballer Ryan Giggs tried to keep details of his affair out of the press.

Giggs took out a ‘super injunction’, meaning it could not even be reported that he had taken out a court order banning publications of the information.

The existence of the latest super injunction was made public in ‘The Sunday Times who said the ST has been gagged by an injunction preventing it from reporting details about a celebrity’s personal and professional life.’

The banning orders prevent publication of information across England and Wales, but the injunctions cannot stop media organisations in the rest of the world  printing details.

How can this be freedom of speech in the UK, when a small country in the middle of an ocean is gagged while the rest of the world  can read about what’s going on freely?

And yet a move by the Government to blackmail the news media into toeing a line which will see the public only being told what those in power want them to hear is being applauded.

As I write Ministers are considering proposals to make newspapers pay their opponents’ legal costs in libel or privacy cases, even if the newspapers have got the story right.

Section 40 of the Crime and Courts Act 2013 would make newspapers liable for both sides’ costs – unless they sign up to a state-approved regulator.

Keith Harrison, Wolverhampton Express & Star, said: “Section 40 is akin to someone throwing a brick through your window – then billing you for not only the window but the brick, too.”

Impress is being backed by £3.8million guaranteed by the Alexander Mosley Charitable Trust.

Only about 50 media outlets have signed up to Impress whereas more than 2,500 have joined the press-funded rival regulator the Independent Press Standards Organisation.

Damian Collins, chairman of the Commons Culture, Media and Sport Select Committee, warned the shake-up “could create a new industry of ambulance-chasing lawyers encouraging people to hire them on no-win, no-fee terms to take up complaints against the press.

“These lawyers could set high fees and know that there would be a good chance of getting paid even if they lost the case.”

Pete Clifton, editor-in-chief of the Press Association, Britain’s national news agency, has said the changes would have a “seriously chilling effect on freedom of expression of the national, regional and local media”.

And the shocking part of it all is that as the UK press and media become isolated on an island of secrets and lies, large parts of social media users will continue to share the most intimate secrets   on Facebook and form opinions from Fake News sites which intentionally publish fraudulent, hoax or factually inaccurate news stories – the very thing they are accusing the traditional press of doing.

A day in the life of an alienated parent 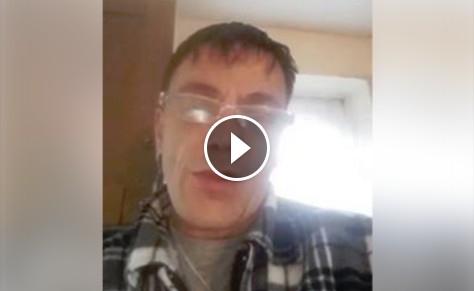