On the run-up to Parental Alienation day, there has been another breakthrough in the battle to get it made a crime.

As UK campaigners get ready to go to Downing Street to present their case to politicians on later this week, an eight-year-old boy has moved backed to his father’s home  after a family court judge was told he was picking up his mother’s ‘hateful feelings’.

Judge Lloyd North decided the youngster should leave his mother and live with his father saying that the boy would be exposed to ‘significant emotional harm’ if left with his mother.

A psychologist said the mother ‘persistently portrayed’ his father negatively and said he identified with the ‘hateful feelings’ she expressed.

The judge decided the boy would enjoy a ‘positive relationship’ with both parents if he lived with his father but continued to see his mother.

The parents separated some years ago, judges heard, and had been fighting over their son’s care for much of his life.

This is yet another brick in the wall in the long hard two year struggle by thousands of campaigners across the world as they try to get those in power to recognise the turning of a child against one of its parents as a crime.

However, in what is being seen as another ‘turn round’, Britain’s Parliamentary Under Secretary of State at the Ministry of Justice has asked to see a video about parental alienation which is being sent to schools across the country. 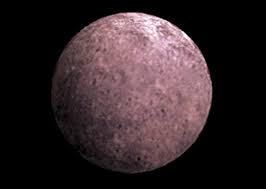