The FanFair Alliance  is calling on the government to take tougher action against websites which resell concert tickets.  Arctic Monkeys’ manager Ian McAndrew accused the sites of “rampant profiteering”. He said the goal was to “make it easier for fans to buy tickets” at face value.

“Fans’ anger, their discontent, is what prompted me to do something about this,” he said:” I hope the efforts of this campaign will put pressure on the government to do something.”

The secondary ticketing market in the UK is thought to be worth more than £1bn a year. But the music industry is concerned that fans are being excluded from concerts by “professional” resellers, who scoop up tickets as soon as they go on sale, then advertise them at vastly inflated prices.

Earlier this year, tickets to see Radiohead and Adele were listed at more than 100 times their face value this year; while tickets to see Justin Bieber’s Purpose tour in November are currently being advertised at £1,200, against a face value of £74.50.

But the FanFair Alliance claims the “black market” in ticket resale has “reached an industrial-scale” with touts “operating anonymously and with impunity on under-regulated secondary ticketing sites”.

A government-commissioned review of the market, published in May, said the sites “are seemingly falling short” when it comes to ensuring compliance with the legislation.

Power to the people – and let's make it cheaper, hey? 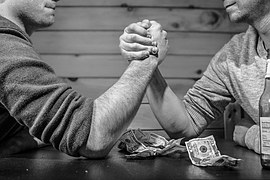