The classes in a capitalist society, according to Karl Marx, are the proletariat,   people who work for some-one else, the bourgeoisie are those who invest and live off the surplus generated by the proletariat.  The upper  class are   those who are rich, well-born and powerful … Dorrie Bridge offers a personal view of what ‘class’ means in the UK today

I was never class conscious… so, immediately, I am open to suspicion.

It is true that sociologists need to define the strata of society but I am inclined to play with ideas based on personal experience.

Class was a dirty word for decades but recently it is creeping back into our otherwise politically correct lives.  Working class is sober and admirable and gives rise to noble emotions.  Woe betide those who are patronizing towards the workers.

Upper class is different, with a ring of humour – receding chins, ‘silly ass’, Lord Peter Wimsey feel to it.

Middle class is, however, a whole new ball game.  Less easy to categorize, bringing out our prejudices wheresoever they are lurking.

Someone well known to our family was a self-made man, from a two-up, two-down, wife scratching for pennies to make a meal for their kids.  Hard times for them as he struggled to move from his job on the railways to build up a metal fabrication business.

Then it took off and he discovered in himself an entrepreneurial wizardry which made him a millionaire. Their first cruise was to the Med and his most telling comment when asked about his holiday was, ‘Good. Though a lot of the tourists were a bit cap and braces.’

He had metamorphosed effortlessly overnight.

Years ago when my son was young all my clothes were carefully chosen for style, but equally for economy. Once I splashed out on a suit which cost £10 instead of my norm of a fiver.  I told a friend who had moved from Manchester’s respectable terraces to the dizzy heights of Cheshire suburbia.  She replied, in sober, reasoning tones, ‘It all depends in which strata of society you move.’

She had become a different woman, not so much forgetting her roots as unshackling herself of them.

Class can be pernicious and insidious, creeping up on us and drawing undesirable shadows, their surfacing telling us things about ourselves best kept quiet.

Of course it’s respectable to talk of class once you learn even the rudiments of sociology.  Just listen to a radio lecture one wet afternoon and you are qualified to discuss class without stigma.  The sociologists need a framework to discuss strata of society.

It’s quite interesting, I can now say that I was born of working class parents with above average IQs and with aspirations.  When only a small percentage of their peers bought property they purchased their first house.  By the time I was five we were living in a house which today would present a middle class image.

In those years all around on our desirable estate were clerks, railway workers, market traders, postmen.  Less than half a century later the same area houses doctors, lecturers, teachers, chemists, technicians – with a sprinkling of the working class who bought the houses when they were new-built.

Have current house prices outstripped wages? Was it easier to buy a des res at just over £1000 on £8 a week than to pay £140,000 on £500 per week?  No, it simply was not easier – there must be another reason.   Could it be washer/dryers, dish washers, 50″ TV’s, smart phones and laptops (not to mention long and short haul travel sprees)? Do people now spend their income on these, leaving less proportionately for property?

It has always been considered, and still is, that education is one of the determining factors. You were no longer working class if you studied for a diploma or degree and followed through with, preferably, a prestigious job. As University education is encouraged for all you could now actually be living in a slum, on welfare and still be middle class.

My education was patchy to say the least – it didn’t fit me into anyone’s class hierarchy certainly.  Since then I’ve got myself an education, a career and a des res with all the accoutrements.

To balance this personalized view of class I have read recent reports saying that a ‘classless society’ refers to a society in which no one is born into a social class.  Wealth, income, education and culture might be acknowledged but class would still be determined by an individual’s experience.

Who am I to argue?  I still don’t know my class except that my roots were working class and I feel happy to be just that. All that goes before us is our roots – the rest is our story.

What is a non-resident parent? A figment of imagination? 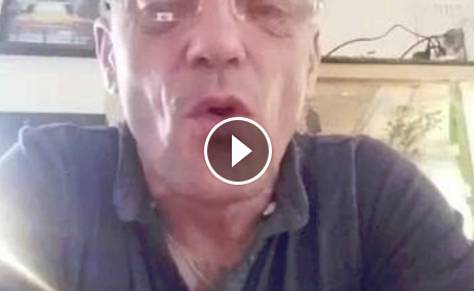