Members or a parental alienation group were surprised to find that the route they had decided on for their march through Britain’s City of Culture actually spelt out the word DADs on the map.

The word – in capital letters – can clearly be seen as the route, expected to be taken by at least 100 protesters, snakes round Hull in East Yorkshire.

Andrew John Teague, who set up the Facebook group D.A.D.s (Dads Against Double Standards) last year and already has more than 22,000 members, said: “It was a bit of light relief when we mapped out the route and we saw the word begin to reveal itself … okay, it’s a bit scrawly and spidery but in the heat of trying to get the law changed over one of the most universal of family crimes it brought a smile.”

But the march has a very serious side too – a number of victims in the City of Culture have come forward in recent months to tell their stories. There has also been at least one death related to the syndrome.

One father, who asked not to be named, says he has been driven to the brink of suicide after not seeing his daughter for two years.

He will be joining the peaceful protest on November 17.

The father says he has had to see a therapist to cope without seeing his child. She last saw her dad when he took her to a rugby match on a supervised visit two years ago.

The march starts at Blundells Corner before moving to Cafcass offices in Tower Street and then to Hull Crown Court.

Andrew said: “We will march peacefully in the city centre and while doing this the route we shall take will spell dad on Google Maps … we want to respect all the dads and mums worldwide who have lost there live this year in the court system.”

Part of the event is the ‘shirt off my back’ protest where a shirt containing the names of victims of parental alienation is hung on the door of a local family court building.

Andrew also wears different coloured shirts along the march to make a silent statement about who the syndrome causes heartache for.

He wears pink t shirt to represent daughters and granddaughters, blue for sons and grandsons, white for mums, black for dads and red for grandparents and extended families. Andrew also talked about his determination in the battle to make parental alienation a crime and finally, after more than a year of campaigning, there are some glimmers of hope as people in power begin to accept that the syndrome exists.

PA is when one parent undermines the role of the other by turning a child against them        following a separation.

Andrew revealed that more and more he and others running the site are spending time talking to estranged parents who have hit rock bottom as their ex-partners twist their children against them or they come up against the brick wall of bureaucracy which ham-strings courts and social services.

Since Andrew began campaigning less than twelve months ago there have been some major breakthroughs in the battle against Parental Alienation.

Recently,   www.consumerwatchfoundation.com        reported on the fact that        the head of the Britain’s family courts agency has finally agreed divorced and estranged parents who deliberately turn their children against ex-partners are guilty of abuse.

Anthony Douglas, chief executive of the   Children and Family Court Advisory and Support Service, has publicly come out against “parental alienation” admitting that manipulation of children by a parent has become so endemic in family break-ups that it should be dealt with like any other form of neglect or abuse. 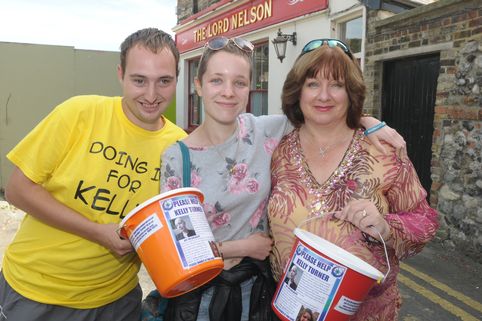