Britain is famous for its eccentrics. And we met one recently…

… Mr John Dixon Hart, of the Minster Garth guest house – or the Beverley guest house as it  appears sometimes to be known. It stands in the beautiful East Riding market town of Beverley.

The reason I feel confident to describe Mr Hart as eccentric is because that is the word his wife, Andrea, used about him when she phoned me up way back in April. 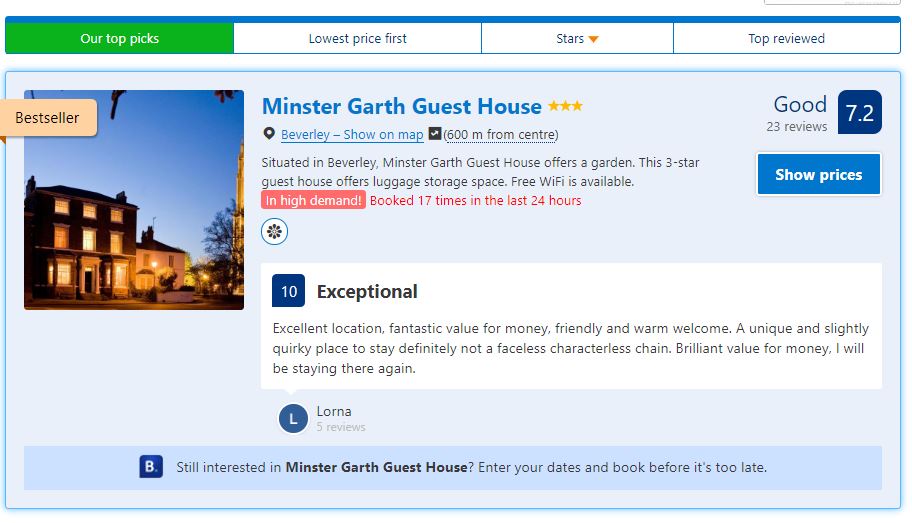 So, this is the story – in words and pictures – of how we got our money back off Mr Hart after refusing to stay in his guest house, despite it overlooking the medieval Beverley Minister and its tousled grounds.

This tale actually happened two months ago but in deference to Andrea we put off publishing the story because, she told us they were working hard on improving things at the B&B.

Last week, as promised, we phoned and asked how the improvements were going. 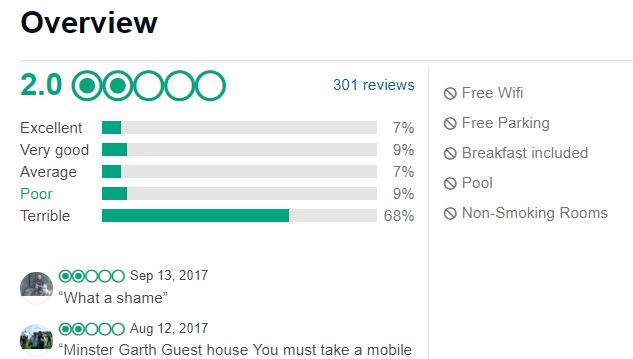 Mr Hart ordered his wife to hang up on us.

The problem we’d had in the first place was what we saw as the shock-value of the room he tried to rent us AND the strange letter-box chat we had when we dared to complain.

dirt had been allowed to gather in the caste iron Victorian fireplace hidden behind a vase of old, untidy and dusty silk flowers, the pillows were stained, there were spots of something on the sheet, a piece of glass on a bedside table was broken and wind howled through the closed sash window.

Outside, buckets of cigarette ends and empty takeaway trays littered the garden – and the plunge pool was filled, not with water. No! It was filled with what looked like rubbish. 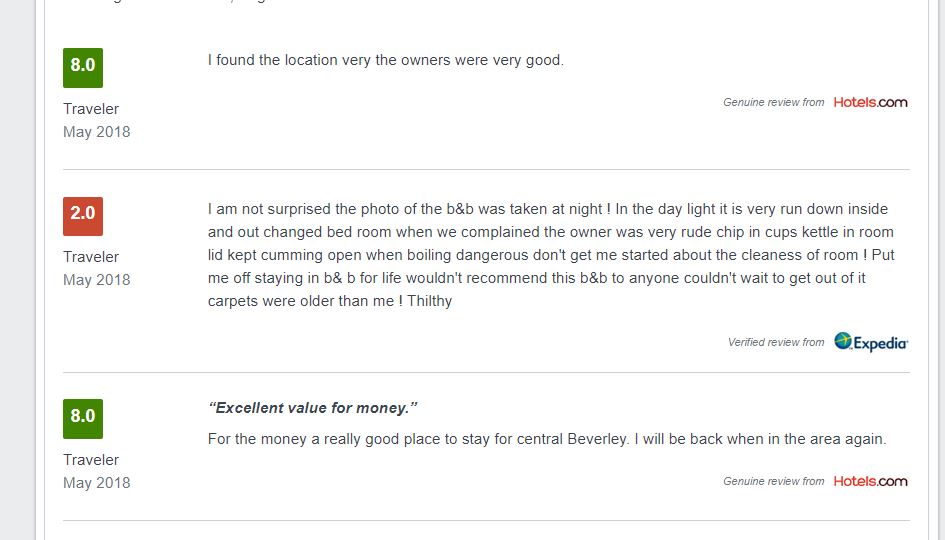 My own wife, Andrea, had gone in to what she assumed was reception when we arrived and reported it looked as if Mr Hart had turned that part of his guest house into a bicycle repair shop.

After viewing the accommodation we tracked down Mr Hart and politely told him that we couldn’t stay in the room he had offered. 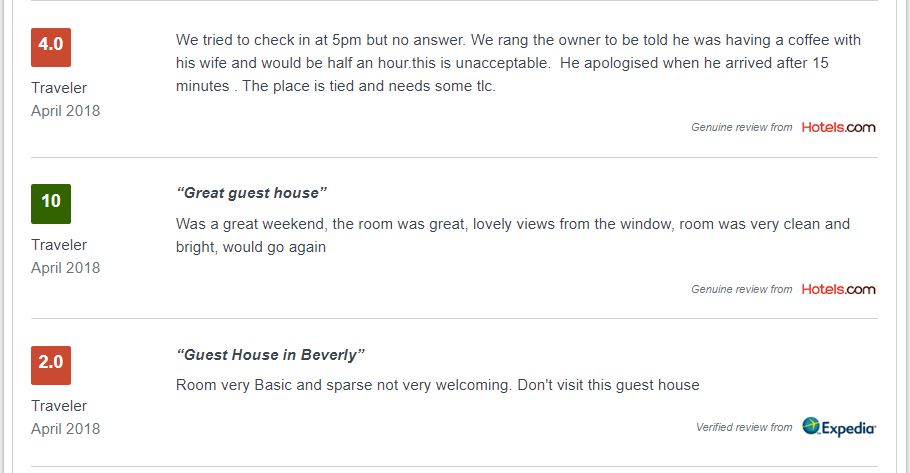 This was his response … he slammed the door in our faces!

At first he kept our money and potentially left us stranded in Beverley without a bed for the night. 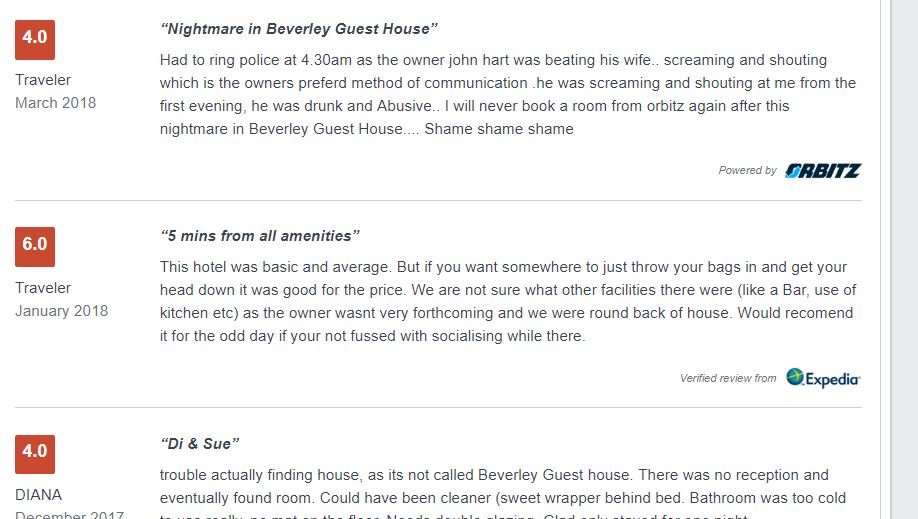 This is how things happened:

Chronology of a heart to heart with Mr Dixon Hart:

A. He shouldn’t have retained our card detail.
B. He was authorised to take only one payment.
C. He had no authorisation to take another.
D. We had to cancel the card.

A. He offered accommodation we didn’t find acceptable
B. Made no effort to remedy the situation, clean sheets, new pillows, a different room…
C. He slammed the door in our faces
D. He made a refund of his own volition
E. He then wrote to us making allegations of being lied to etc and of us costing him money
F. He tried to frighten us by threatening to take money off us without authorisation.

The film is not of good quality but reveals a customer who is affronted but not aggressive and a businessman who has gone into hiding.

Family campaigner climbs another mountain, this time for little Arianna who died, aged 3