In New York City harbour lies a small island, Liberty Island, upon which stands a tall woman holding aloft a torch, a welcoming torch representing freedom and light. She faces the open sea and has welcomed countless millions of immigrants over many years.

The original Pilgrim Fathers arrived to escape religious persecution. Others followed fleeing wars, oppression and starvation. Jews fled successive pogroms and later from a Nazi Germany. The Irish fled their holocaust in the 1840s as did waves of Scottish Jacobites following Highland clearances throughout the 18th and 19th centuries.

…and the lady has stood holding up her torch to those who have lost everything, who have suffered wars, pestilence and personal loss. Except now… her head is bowed down with tears running down her face because she knows that everything she represents and stands for is being systematically crushed and destroyed. She can no longer open her arms to those seeking sanctuary and bathe them in her light of freedom. The reason for this is, behind her stands a country that, for 250 years, has proudly enshrined noble principles of freedom and democracy in its constitution and as a leader of the free world. Overnight, it might be argued,  it has turned into the global sanctioner of racism, torture, climate-change denial, insular protectionism, divisive wall building and an unprecedented assault upon its own free press. And all because of  a man called Donald Trump.

The lady holding the torch is presently very distraught because she herself might well have started ‘life’ as a Muslim. Yes, America’s most famous and iconic landmark it has been strongly suggested was inspired by a Muslim woman and in her original inception was intended to wear a hijab.

The Smithsonian Institute publicised this fact in 2015. The statue’s French designer Frédéric-Auguste Bartholdi was inspired, it is said, by Middle Eastern women and modelled her shape and attire upon one. The French government commissioned two statues. With modifications the hijab was removed but the robed woman remained. The statue’s face is modelled on Bartholdi’s mother’s features. The French gifted the statue to the USA in 1876 in honour of its centennial celebrations. The other statue is located in Paris.

What does the torch represent? The torch is a symbol of enlightenment. The Statue of Liberty’s torch lights the way to freedom showing us the path to Liberty. Even the Statue’s official name represents her most important symbol “Liberty Enlightening the World”.

The very foundation and fabric of America is immigration, and Trump is trying to turn America from a nation of immigrants – to a nation of ignorance and fear. Everyone in the USA, including Trump, is an immigrant, or is descended from immigrants except for the indigenous Indians, Inuit and Puebloan peoples. Trump and his immigrant family have no historical right to the American continent. That land was brutally wrested from the pre-Columbus natives in acts of mass genocide by land-hungry Europeans. Those immigrants were the terrorists of their day. If Trump is to condemn terrorists he should start that condemnation upon his own kind.

… and the Muslim lady who stands upon Liberty Island? She is now feeling crestfallen, rejected and scorned. Is her role now redundant and will she subsequently be pulled down? Because everything she represents is an antithesis to Trump.

The plaque at the base of the Statue of Liberty reads: “Give me your tired, your poor, your huddled masses yearning to breathe free, the wretched refuse of your teeming shore. Send these, the homeless, tempest-tossed to me, I lift my lamp beside the golden door!” The light from that lamp is now currently in the process of being extinguished. We are entering an age of darkness.

The big 4 Oh-No as our world 'smells The Trump' 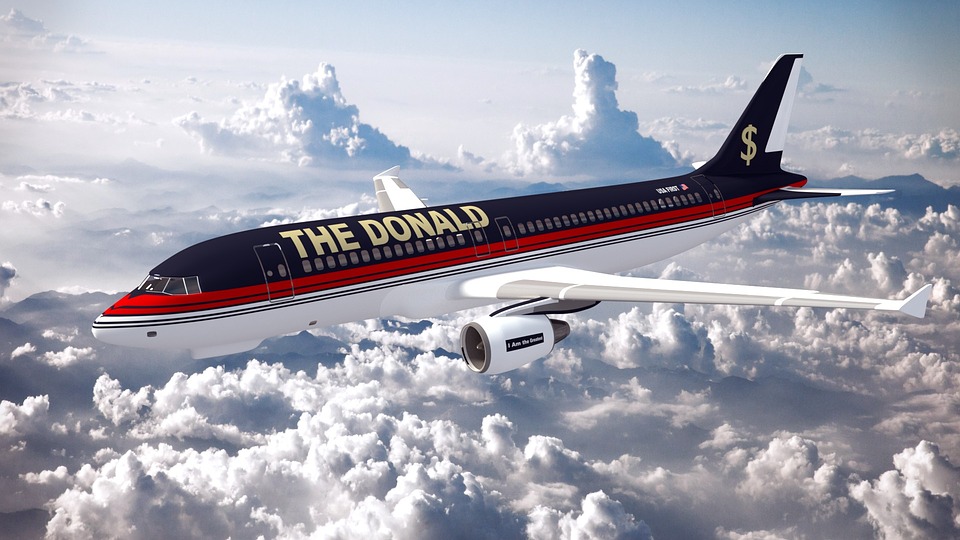