Some believe that history is just water under the bridge while others say it is fundamental to our future.

And this bizarre and gigantic water feature at the heart of Bratislava has been the focus of just such ebb-and-flow debating for decades.

This bulbous tarnished chrome socialist blob-ularity was said to celebrate unity,  a bizarrely imagined silver linden flower bubbling away at the centre of what was once an elegantly shimmering park of white stone, marble and manicured green lawns.

But it has represented anything but unity …

One way or the other though, almost fifty years after the bulbous brutal fountain was installed it has remained an open sore of memory of  communist control. It has become  the tarnished heart of a woefully neglected public square just ten minutes from the city’s vibrant old town.

As the chief architect of Bratislava, said: “This park bore the name of communist politician Klement Gottwald until 1989 when it was renamed Freedom Square, But freedom is not apparent here yet. People, for example, haven’t been able to step on the grass, they can’t enjoy it, there is no mobiliari.”

Things became so bad that in 2015 signs were installed by the dead fountain of freedom warning people stay away – or visit it at their ‘own risk’. At that stage most councils across Europe would have simply shut down the whole sorry square.

But today it is still over-grown, tattooed with graffiti and has become a night-time refuge for dog walkers, gloomy students and the homeless.

Yet two retro cafés serve Aperol Spritz  and bring music to the air at  night like beacons of hope.

There other are signs that the park and the Lindon fountain have a future – the equivalent of a Boris Bike stand has been installed at one entrance and listless council workers, in orange overalls, brush leaves around with cheap plastic brushes while  others run old grass-cutters over one or two of its weedy lawns.

Architects are looking at redesigning the park and fountain too.

And Bratislava’s mayor said recently: “We managed to get the square into the shape so that it no longer endangers the safety of visitors and which increases its aesthetic value. We are entering another phase which will return life to the biggest square in Bratislava.”

The city council invited Slovak as well as foreign architects to share their ideas.

The plan is for the square to be a contemporary public space which is sustainable. It should adapt to the climate and preserve its historical importance.

The idea is to transform it into a  ’living room’ in the city with new benches, lighting and relaxation elements.

And keeping the 12-tonne fountain – the biggest in the city – is the prime intention.

HB Reavis has been building the new Stanica Nivy bus station and business zone next to it. It also owns land on the Petržalka embankment of the Danube River where the new city borough of Nové Lido should be built. The company plans  to connect the Danube’s banks and its developments with a cable car.

“We see it as social responsibility,” said Jakub Gossányi, of HB Reavis.

The land where the park sits has a chequered history  – in the Middle Ages it was vineyards. Then,  in the 16th century, it became a training ground  for soldiers.

In the 17th century the building of  the Archbishop’s palace – now the seat of the Government Office –  turned into one of the biggest squares in central Europe.

The fountain was built in 1979,  designed so that water would flow from an underground tunnel before bursting into the air.

But it stopped being maintained after the fall of the Soviet Union, allowing water to seep into and damage its underground control spaces. The water stopped flowing in 2007, and the fountain has been dry ever since.

Accolades for the energy efficient firm with a big heart

Tue Oct 1 , 2019
A consultancy with a big heart ended up in a David and Goliath battle with major UK firms at an energy efficiency event - and walked away with two major accolades. 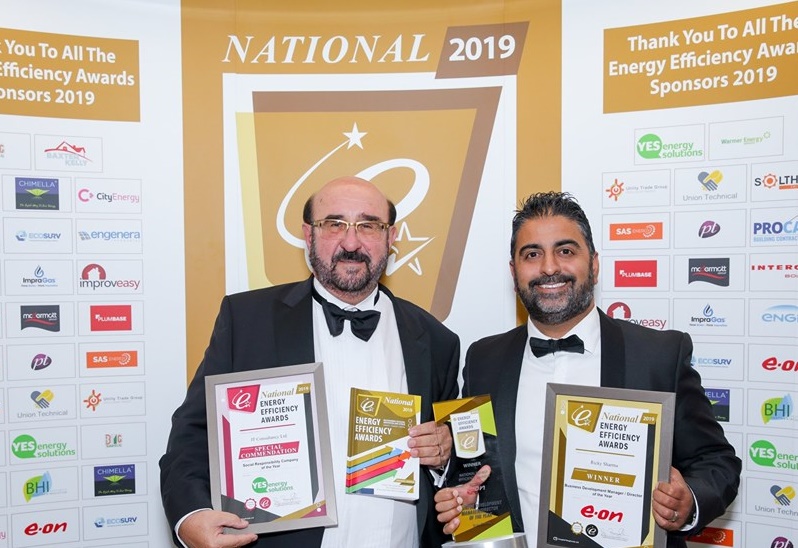