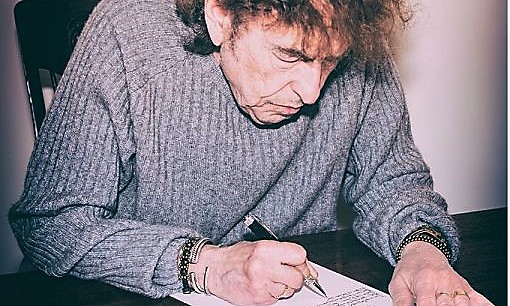 Bob Dylan at almost 80 is still on his Never Ending world tour and at the same time he is keeping a burning interest in the visual arts by becoming the illustrated man.

Old Bob, who has released a surprisingly candid photo of himself, has been sketching his view of some of his greatest songs.

Dylan might be lesser known for his visual art – certainly his sojourns into the world of cinema, like Renaldo and Clara and Masked and Anonymous, bombed – but his latest exhibition brings his words and images together perfectly.

Mondo Scripto is a Dylan-curated selection of 60 songs, he’s  handwritten the lyrics and come up with some blistering pencil drawings to  boost the project.

And he is still rewriting his lyrics. In Tangled Up in Blue, for instance,  instead of using “used a little too much force”,  Dylan now has “let the law take its course”.

Bob said: “These images come straight from the songs. They fit the songs.” 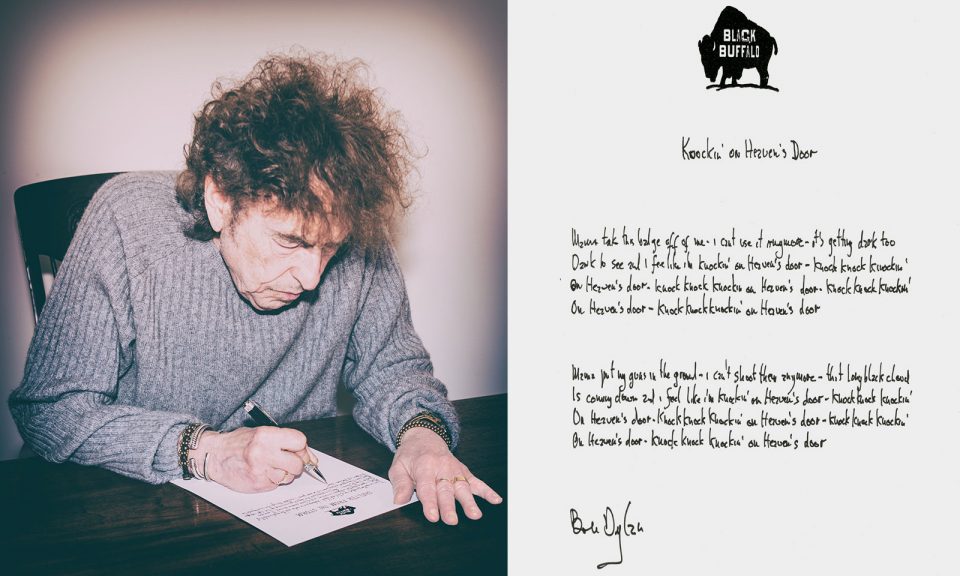 Paul Green, president of Halcyon Gallery, where the exhibition debuted in the UK and will remain until Christmas, said: “The fact that Dylan has done this is a gift to all of us … Dylan has taken the care to rewrite, sometimes changing the words, sometimes changing the phraseology and then doing the drawing with them, which allows the individual to make an interpretation, is perhaps one of the most important historic art statements that has ever been made.”

And there is speculation about the title of the exhibition – however,  Scripto Mondo probably means ‘writing against the tide’, and certainly the Old Man and the Sea-style photo accompanying promotional material for the exhibition show him in a well-warn looking sweater. His hair is looking thin and wild too, a far cry from his trademark Little Richard hair-do.

In 1968, he painted the cover art for The Band’s Music From Big Pink, and there have been several exhibitions of his sculptures and paintings in the years since.

3 thoughts on “No sweat(er) as Bob, 77, keeps the chimes of artistic freedom flashing”

Personal stories of those who decided to come home... The Great Return