It might be time to kiss and make-up with one of the big fast-food chains after it appears to have reacted well to a campaign by the consumerwatchfoundation.com demanding they give us back our big burgers – even if it is only for six weeks!

CWF researchers had travelled Europe checking out just how much burger you got for your dosh at airports, holiday resorts and foreign towns and cities. Burger King were feeling a bit down in the mouth as we highlighted its itzy bitzy bites in a bun which definitely looked like they had become the victins of corporate shrink-ation.

But now McDonalds have done the right thing and brought ‘inflation’ back to their menues ,,, even if it is only for Valentine’s Day to celebrate its 50th birthday!

But the Big Mac as we know it is getting a revamp – even if it is just a temporary one.

McDonald’s has announced it is launching two limited edition versions of its most famous burger- a ‘junior’ one and a supersized one.

The new additions have been released to mark 50 years since the original Big Mac was released, but will only be available from the 7th February to the 20th March across both the UK and the United States.

To be fair to our fast food outlets  though the UK’s food czar has told them   to shrink their  favourites in a bid to stop our children getting fat!

The new Grand Big Mac has 741 calories according to McDonald’s. That’s 233 more than the original.

So, is it right that health officials have got their teeth into our most popular fast food saying they are just too big and takeaways, ready meals and even pre-packed   sandwiches   are set to suffer enforced shrink-flation.

The government wants food producers and retailers to start proving it’s size that matters   and it could lead to everything getting, well, smaller.

Alison Tedstone, the chief nutritionist at Public Health England, said: “If we really want to make a difference to obesity, we need to target a wider range of foods. It will be what manufacturers produce, what retailers sell and also what we buy on the go from big takeaway places like  McDonald’s  and Domino’s.”

She said: “It’s probably going to be about cutting the number of calories per 100g of product, which you can do through changing the ingredients — but also possibly through changing product sizes.”

The consumerwatchfoundation.com took a quick trip round Europe to see just how out-sized burgers are and has come up with these examples:

Well, Mrs Tedstone, you’ll be off the scales if you try to make    Burger King – home of the Whopper – cut down on the size of its Fish King – it’s already a tiddler!

“And it looked like three small fish fingers on a small sesame bun with a bit of salad and a squirt of sauce … I was shocked, because it had cost me £6.99p.”

Then we tried a burger at Foster’s Hollywood in Huelva, a hidden gem of a city on the border of Portugal and Spain … guess what? Foster’s Hollywood is a fast food joint very popular all over Spain but it really wasn’t any star as far as size is concerned – but the meat was good and the sauces were scrumptious!

However, in a country with big ideas to get its economy back on its feet after ten years of a depressed housing market, no self-respecting Spaniard is going to go to work on a tiny three inch bun.

Andrea said: “I was very disappointed, I thought of changing my name to Juanita because it was gone in one bite!”

Finally, we made a 500 km trip to McDonald’s in the Blackpool of   Costa Blanca, Punta Prima where we settled in a for a quarter pounder of cheese in the busy car park of the Punta Marina shopping complex with the comforting roar of the notorious N332 coast road in the background.

Burger King felt Andrea’s wrath again when, at Alicante Airport, she ordered a Chicken Royale burger … she said: “If chicken had fingers then that’s what I was served – it looked like a chicken finger between two bits of bread with a floppy lettuce leaf and a dollop of   white sauce… it was outrageous.”

And guess what – the quarter pounder packed about as much punch as a pate at posh finger-food party!

This all said Mrs Tedstone, a recent survey by Men’s Health magazine and Nancy Rodriguez, Ph.D., R.D., professor of nutritional sciences at the University of Connecticut, decided that burgers can actually be part of a good old-fashioned   balanced diet.

They studied the nutritional value of 12 different fast food chain hamburgers, looking for the burgers that offered the most protein  and fibre and they found that   the Burger King has the fewest calories and lowest amount of sodium.

They also said that Hardee’s – which is all over the Southern States of America – which serves an all-natural grass-fed burger had the most calories and carbs and was fairly high in sodium.

So, Mrs Tedstone, as Britain’s big beefy burgers turn into sorry little sliders anyway, surely there is something else you can look at to turn our nation into a healthy and happy playground for our children?

And now there is another shock … According to a  Reddit   chat a filet of fish   is   one item you should never order.

It isn’t as popular as a burger and  there’s a good chance it  will not be freshly cooked.

Tell us what you think – should our burgers get smaller to keep our children healthy? Drop us a line below and tell us your views!

Why the sky should never be your limit 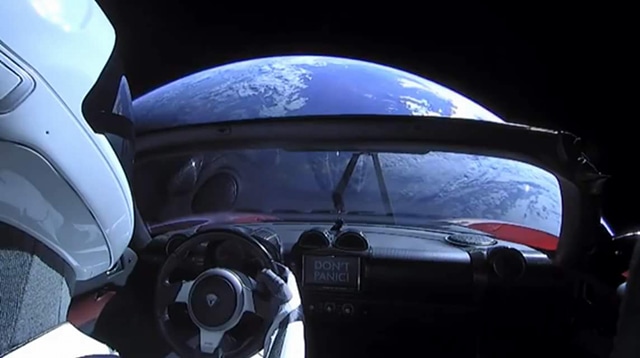