Since the UK ‘accidently’ voted to leave the European Union, sections of Britain’s ethnic communities are reportedly living in fear.

In scenarios reminiscent of Nazi Europe, graffiti has appeared on walls at the heart of Polish communities saying “No More Polish Vermin” – the same message has been posted through the letterboxes of migrants.

Racist graffiti has also been daubed on the entrance of the Polish Social and Cultural Association (POSK) in Hammersmith, west London and there are reports that many people who came here to escape the poverty of their own countries are going home.

Sadly, this can only be seen as a victory for the new breed of racists dominating the landscape of the British psyche. But, in reality, it is a horrifying rend in the very fabric of our society.

Meanwhile, a sign of hope … A pensioner sent his Polish neighbour a heart-warming note slamming the racist ‘idiots’ who carried out hate crimes following the Brexit vote.

John Ridgwell, 84, from Luton, wrote to teacher Anna Rydzowska, telling her ‘your countrymen were the bravest of the brave’ in the Second World War.

Ms Rydzowska is originally from Wroclaw and moved to the UK in 2004. Since the referendum result, which will see Britain leaving the European Union, there has been a spike in hate crimes against Poles and Muslims in particular.

That made the note all the more overwhelming for the 58-year-old grandmother-of-three.

The editor of a Polish news website, Adriana Chodakowska, confirmed the 900,000-strong Polish community in the UK is lost, scared and uncertain.

Her Londynek  website has been inundated with posts from readers desperately worried about their future in the UK and asking one simple question: “Should I go home?”

Adriana said: “They’re wondering what is ahead for them –  I always thought the UK was a multicultural country that welcomes immigrants from all over the world, but I’m not sure it feels like this now.”

Her feelings are reflected by Europe’s leading trades training school, Engineering Real Results, which has reported a massive rise in the number of Polish people cancelling their courses in plumbing, bricklaying and allied trades as they pack their bags and return to the land they left looking for a new life.

A spokesman for the company, which has helped get thousands into Britain’s burgeoning building trade over the past few years, said: “It is a real tragedy, these people who came here to learn a trade and work to support their families and make a contribution to our society. Sadly, they just don’t know what to do anymore.

“So many people from Central and Eastern Europe came over here with high hopes and many signed up to our courses to become electricians, plumbers and bricklayers because they wanted a better life … we were shocked when a very high percentage said they couldn’t continue with their ambitions because they were frightened of what the future holds for them. A number have said they have simply decided to go home.”

Polish builders and plumbers were the original Brexit bogeymen after they arrived in the UK when Poland joined the EU in 2003. But soon many had started their own businesses.

One man quoted recently was Wojciech Kotarba, aged 36, who has lived in London for 12 years. He said “We’ve made profits for this country. I haven’t taken benefits once. What the British have decided is up to them, but I think they’ve made a mistake. I’m proud of our contribution and I know some people will definitely return to Poland because they’re concerned about visas.”

Joanna Mludzinska who runs the beleaguered Polish Social and Cultural Association says the graffiti attack isn’t a one-off. She said: “We have pictures of notes which have been being pushed through people’s doors describing them as vermin and scum.”

.              London’s metropolitan police say they’ve seen a 57 per cent increase in reporting to their ‘stop hate crime’ website and a Facebook group calling itself ‘Worrying Signs’ had logged 1000 incidents since it was set up less than a week ago.

Credit unions about to take over from payday lenders 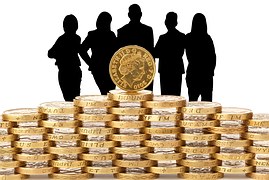