Democracy basically means the rule of the commoner, and a referendum is the referring of a single issue to the people of a democratic country.

Eleven leading judges at the Supreme Court have decided that the House of Lords   – an unelected bunch with an average age of 70 – will now get a big say on the future Britain has already made its mind up about.

The Supreme Court has decided the Government has to go to Parliament before triggering Article 50 – the clause in the EU Treaty which will begin the Brexit process.

And the judges have said that nothing less than an act of Parliament will do,  meaning MPs and the House of Lords will vote on whether it actually happens or not.

The problem is that Britain doesn’t know what democracy actually means any more.

For instance, Lawyers for Britain say categorically that the referendum result was decisive and binding and was not just advisory.

They say: “As a matter of democratic politics it is astonishing that so many people should apparently regard it as legitimate to engage in activities designed to frustrate the expressed will of the British people.”

However, others say that because of the Sovereignty of  Parliament referendums are not legally binding at all. The Government can simply ignore the results.

And this is the attitude the Supreme Court has chosen to support.

The Government wanted to trigger Article 50 using the Royal Prerogative, powers once belonging to the Queen but now in the armory of the Government.

However, the decision that the Government must pass a Bill first is significant because now both houses of Parliament must agree and amendments are possible.

This could delay the process.

There is also recognition that Parliament voted overwhelmingly for a referendum and that referendum delivered a clear result. Members of the House of Lords must see that any attempt to frustrate Brexit could be regarded as undemocratic.

Or does it really matter anymore?

Democracy has four elements: the right to replace a government through election; the participation of citizens in politics and civic life; protection of the human rights of all citizens; rule of law applied equally to all citizens.

So, was the Press right in November last year when it accused the High Court judges who first decided that Parliament must vote on triggering Article 50, of being enemies of the people?

It caused a furor which seemed another nail in the coffin of Britain’s national newspapers.

A senior Church of England bishop  said Britain should be “very alarmed” at the way newspapers reacted to the High Court decision  and the Daily Mail was accused of an “attack on the rule of law”.

Bishop Nick Baines said: “The last time we saw things like judges on the front page of a newspaper described as enemies of the people it was in places like Nazi Germany and Zimbabwe.”

But even politicians agree that our vicious and bombastic press is vital to democracy.

In countries across Europe politics involves angry extremes but most of these countries have a prim and proper small circulation press whereas in Britain newspapers get out there and fight for what they think is right.

A study as far back as 2012 warned that   democracy in Britain was in “long-term terminal decline”.

The report by Democratic Audit said that Britain’s constitution is “increasingly unstable” owing to devolution battles and the loss of public faith in democratic institutions. Stuart Wilks-Heeg, the report’s head author, warned that Britons could soon have to ask themselves “whether it’s really representative democracy anymore?”

And today the Supreme Court made his question all the more relevant.

Has it finally been decided where the power, which should belong to the people, resides in Britain … in the ass of the law and the parliamentary Drop-in Centre for unelected lords and ladies … or in the disarray of politicians who never really thought they would have to face up to Brexit in the first place?

This child isn’t a number … she is my daughter 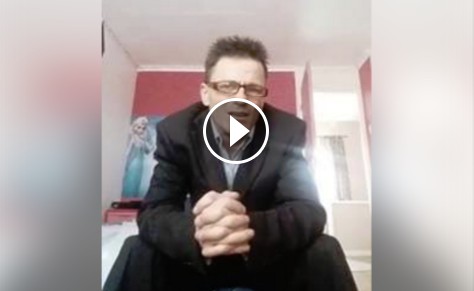