But what if that child is actually living just around the corner from you and, every now and then, you pass on the street but you cannot even acknowledge his or her existence anymore?

And what if that child has attacked you publically and on social media telling the world, naming you and shaming you, exposing you as the worst dad ever and saying how much she hates you?

Welcome to the world of the broken-hearted, a world where, sadly, so many victims of parental alienation are condemned to live.

This man has been in his own world of pain for 17 years while lies and deceit have been used to drive what appears to be a wedge of solid steel between him and his daughter.

But sometimes there is safety in numbers and recently on social media the consumerwatchfoundation.com saw this list of people who have lost contact with their children … we are publishing 45 statements from ordinary people who have lost what is precious to them and then have been forced to lose a little more each day by the law, the courts, CAFCASS and social workers.

Please add your first name, how long you have been alienated from your son or daughter and a short comment. Do not name or identify your exes though.

We want to create a truthful and long-lasting document which can be used to highlight the truth about parental alienation.

Meanwhile, many parents find it so difficult to see their children that despite paying hundreds of pounds in maintenance they are also paying for supervised access. One man says this costs him EIGHTY pounds a time to spend two hours with his child.

Sadly though, this type of comment appears on a daily basis on the Dad’s. Against. Double. Standards site highlighting the real despair parents without custody go through:

Andrew John Teague, admin at the site,  said: “There is a phenomenon the world over, parental alienation. Hundreds of thousands are denied access to a loving and meaningful relationship with both parents.

So, what is the longest time you have been kept from your children due to contact denial and allegations?

Karl  Over a month I feel like I’m losing my mind how can this insanity be legal. Been having migraines from being so stressed out so angry and upset. Especially as I know it’s all from malice from day one of our separation.

Michael  Now over two and half years with no end in sight.

Raymond My son was born in December, still not seen him 😢 this group keeps my hopes up though

Philip 7 years and it hurts everyday

Jason  I haven’t seen or heard from my sons for nearly 12 years. My ex has remarried, changed her contact details and moved.

Rich  Haven’t seen my children for over a year now, even though I’ve asked and tried to see them my ex ignores my emails and requests yet she’s quick enough to take money off of me for them. She wants me to take her to court to gain access but I just can’t afford it now and she knows it!

David A few months at a time, and then randomly

Peter  I’m at. 2 years and just got not guilty at crown court on her accusations

Ali So many alienated parents. 😔

Sinbad 6 years, and then for the last 6 years , six one hour sessions in a contact centre with 2 people watching__ and continuing indefinitely ( he is 16 and only has memories of me in that environment)

Karl You know what I’d like to do with everyone’s permission. Is put a load of these comments into coloured words on a massive canvas that draw the image of a young child’s face to publicise our plight?

47 thoughts on “Parental alienation … what becomes of the broken-hearted?” 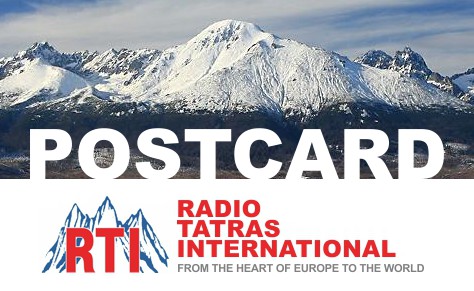