The question of Maternity Leave is an accepted part of modern life.  No doubt improvements could be made to better the conditions but that a woman needs time off work to give birth and to be with the baby afterwards is not contested.

However, a select committee of MPs has recommended that dads should have an option of taking 12 weeks paid Paternity Leave.  They are suggesting that there should be legislation to get business to offer men flexible work such as part time or unusual hours, ‘to recognise fathers need to juggle work and family life. The chair of this committee, Maria Miller, believes that parental leave and the gender pay gap are closely linked.  She says, ‘Until we get it right for dads we can’t get it right for mums’.

On the other hand some dads from lower income groups are saying that they could not afford to take 12 weeks leave at the rate of statutory maternity pay.

All of this is inevitably making me look back at the changes which have taken place in our lifestyle during the past four generations, not least the position of women.

During the First World War and then again in the Second World War when men went out to fight to protect our land, women filled the gaps in factories and essential jobs.

But, even in the 1930s on the whole the man of the family believed it belittled his role as breadwinner if ‘the wife’ decided to go out to work.  Certainly as the children arrived the majority felt that ‘being a mum’ was a full time job. 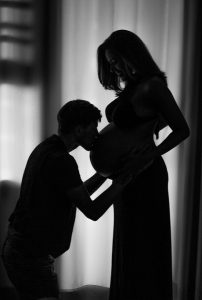 When the men who survived returned from  World War Two the women had had a taste of what it was like to go out to work ‘for the war effort’.

My own mother, born in 1906, was in school during The Great War and was already a mother and housewife when the Nazis started to march into the countries of Europe.  She had worked in a local cotton mill, on the looms, making the cloth, singing and dancing the Charleston to break the monotony.  She also started to run a part time insurance round after work.

When she married, work stopped.  She did once get a chance of a job in a local library but my dad persuaded her that people would think he couldn’t ‘keep his family’ without his wife working.

By the time I was ready for work I was encouraged to learn shorthand and typing and eventually I became a legal secretary.   But when I married and our son was born I gave up work.  I think most of my friends were doing the same (around the 1950s).  I had itchy feet and earned some money teaching shorthand and typing in our front room.  Then I went out and did a catalogue round – anything that would fit in with being a full time mum.

Our son went to school and I went to work – a part time secretary’s job, fitting in with school hours.

I offer these details as a pattern which seemed to be developing.  The men no longer, speaking generally, objected to the wife earning a bob or two towards the housekeeping.

As women increasingly worked, sometimes jobs done by men, not surprisingly unemployment figures rose.   But with the growth in the caring services, the NHS and the Social Sector there were new jobs being created.

As the decades passed married women going out to work became the norm.   I was one of those who went back to education and trained.   I started to work full time, teaching in college.

Nowadays, child minding, nurseries, and good old grandmas are making it easier for women with families to get into the job market.

Governments have legislated for ‘mums’ to have Maternity Leave and gradually this has extended, leading to debate about how practical it is for employers to run their businesses when their staff may be off with the next baby every year or so. Temporary staff, supply teachers, agency workers, are obviously disruptive to routine.  Because of this women of child-bearing age can be losing out.   Bias at interview can reduce their chances of getting the job and also they are too often paid less as a result.

As a woman who has always believed in equal opportunities and rights I would put up a good fight against injustices.

Nonetheless, it is creeping up on us that men have certain rights.  Not so much a man against women world we hope.

The only certain thing is that men and women are different!

Notes of fury as more Spanish beach bars are closed down