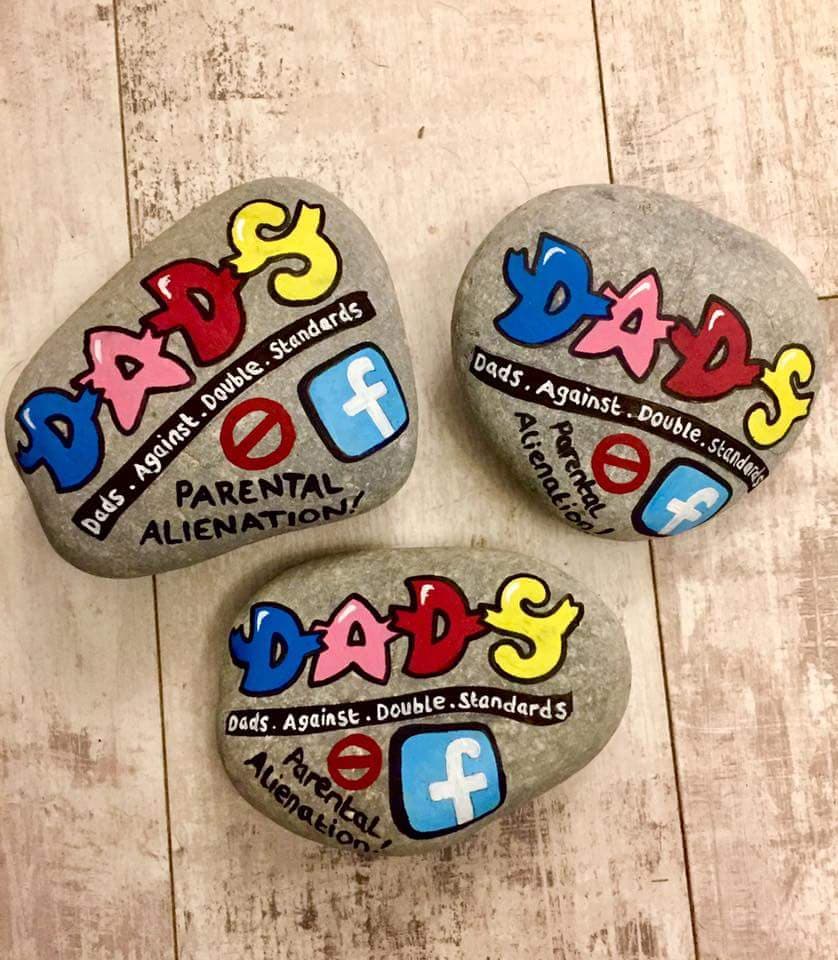 Man-of-the-mountains Andrew John Teague is being joined on his most gruelling climb ever by an alienated mum and they will leave a small pebble of recognition on the peak of each mountain they scale.

Andrew, from Swansea, has been climbing hills and mountains across the UK in a bid to ‘shout his message from the heights’ about getting parental alienation classified as a crime.

Now he is attempting the notorious Welsh Three Peaks which takes in Snowdon in the North, Cadair Idris in mid-Wales, and Pen y Fan in the South this weekend.

And he will be joined by Julie Newcombe, from near Swansea, who as a mother has suffered the sadness of becoming alienated from her off-spring. Julie decided to make the gruelling walk after meeting Andrew and other members of D.A.D.S. (Dads Against Double Standards) on a previous event.

And this time they will leave a hand-painted pebble at the top of each mountain. 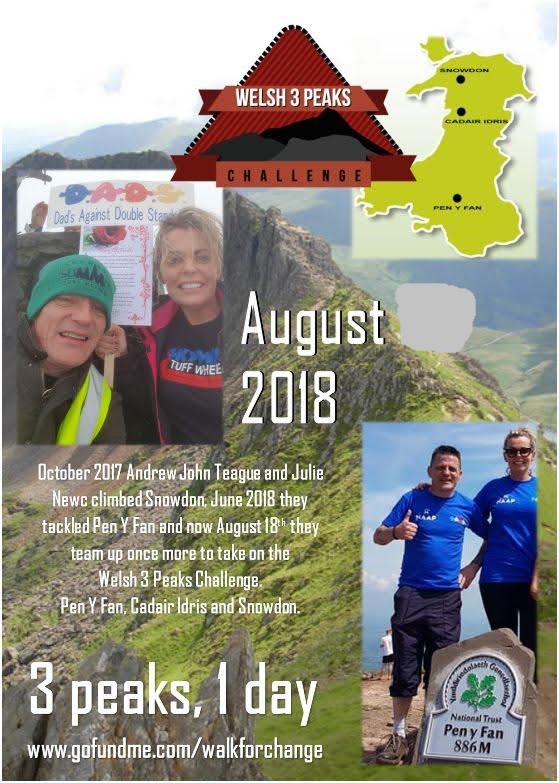 Andrew said: “We wanted to leave a mark on the Welsh peaks, one from a mum who comes from Tradega, one from a dad in Merthyr and one from myself in Swansea.”

The pebbles were hand-painted by D.A.D.s member Christopher Best.

Talking of being joined by Julie, Andrew said: “We have already climbed together. Julie climbed Pen Y Fan and then climbed Snowdon with me the next day.

“We are aiming to complete the challenge in one day. We are making it into an event to try and raise money for our Go Fund Me which is going on making an educational DVD about parental alienation.”

Julie said: “I want to raise awareness over alienation and the way the authorities act. It is wrong. Andrew is doing the best he can to tell the world, and I want to support him.”

Andrew has also become a renowned marathon walker, walking across Britain, Wales and Ireland in a one-man show of strength of feeling about the syndrome which involves one estranged parent turning their children against the other.
It leads to heart-break for both the children and the estranged parents and recently www.consumerwatchfoundaitton.com has highlighted tragic cases where a number of victims have taken their own lives.

Parental alienation happens when a child, usually one whose parents are in a high-octane separation or divorce, allies himself with one parent and rejects the other without justification.
The real tragedy is that parental alienation can damage the mental health of children who can be riddled with guilt, sadness, low self-esteem and lack of self-confidence. 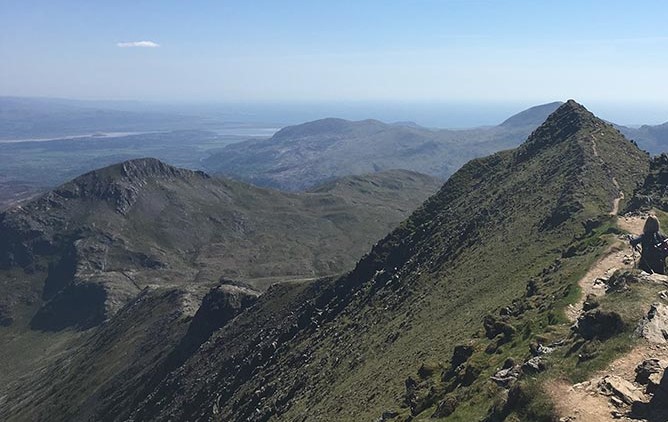 At one stage Andrew’s campaign was attacked on social media by people who claimed it is only being made on behalf of fathers facing parental alienation.

He has worn pink t shirt to represent daughters and granddaughters, blue for sons and grandsons, white for mums, black for dads and red for grandparents and extended families.
The consumerwatchfoundation.com has been reporting on D.A.D.S and other groups in the UK – and across the world – and supports the battle to get the Parental Alienation recognised as a criminal offence.

Members of D.A.D.S have also been carrying out major campaigns including The Shirt off My Back where campaigners gather outside their local court house and leave a shirt festooned with the names of parents who have lost contact with their child as a protest.
Dozens of court houses across the UK have become focal points for these peaceful protests.

Understanding the Prague Spring and what happened 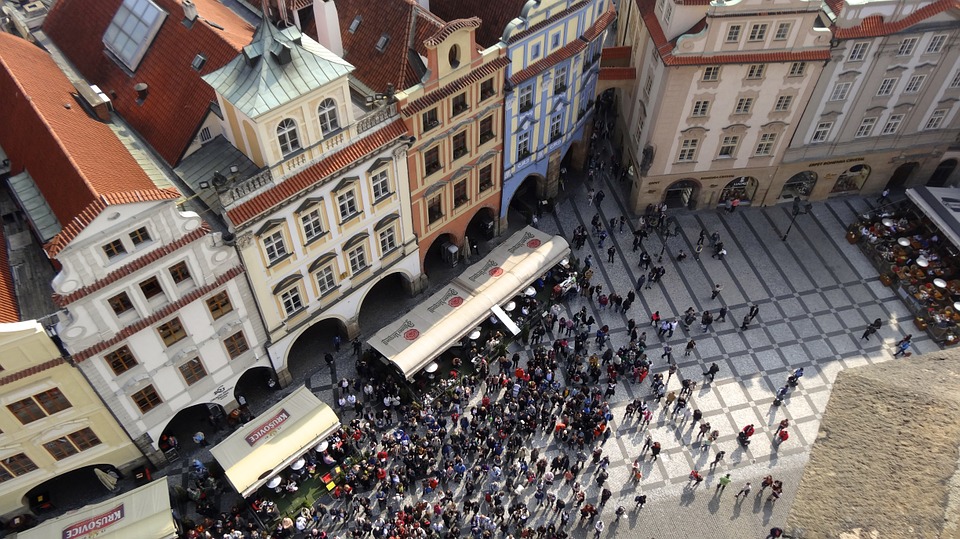