In recent years we have seen many dark days indeed down in the UK’s gutter.

No matter how pointless the Leveson inquiry into the morals and actions of the British Press, its political fog has descended over journalism.

And, like the London smog used to, it seems set to be sticking. The reputation of newspaper journalists has never been so low.

And yet, despite the balding bespectacled lord of the rings for journalists to jump through fiddling so discordantly with the furtiveness of investigative journalism – I can see the Tabloid Terror back out there shifting listlessly under a murky street lamp outside the last pub in the ghost town that was once Fleet Street. Amazingly, he actually isn’t even tending a bloody nose.

The Pack is gathering again and thoughts are once more fixed on what The Pack does best – shining a light in the beds of the lords of the unzipped flies and the ladies who do lunchboxes. The politicians and the business gods. In fact, anyone who wants to sweep scandal under the carpet in the hallowed halls of infamy and celebrity.

And none of the potential targets of exposure realise that it was the spectre of a cigar-smoking dark knight of the realm which pulled the Tabloid Terror up by their  belt and braces. The catch-phrase from the BBC’s Jim’ll Fix It was echoing around the UK again: “Now then, now then, now then…”

Yes, it was that old pervert, Sir Jimmy Savile, who really fixed it for the tabloids to survive the scrutiny of the very ones its slathering pack were put on this earth to hunt.

“…Now then, now then, now then…”  Yes! It was the clarion cry of Savile, that friend to royalty, politicians, NHS bosses and charity chiefs, the pied-piper of pop’s shame, that despicable child molesting purveyor of mediocrity on the airwaves who got the press digging again, now in the backyards of our rich and elite football heroes.

Called Off the Story

Way back in 1989, I was commissioned by The Sun – Britain’s toughest newspaper –  to expose Savile. The background was simple enough, a tip-off that the DJ was renting a council flat in a Manchester back-street tower block … well,  we all knew that Jim could fix things but how did a multi-millionaire who swanned around in a Rolls Royce Corniche manage to fix himself up with a bit of tacky social housing on a litter-strewn council estate?

Savile, of course, was well-known on the rainy city’s night club scene and had homes dotted across town. His council tenancy just didn’t add up.

Then I started picking up tangible rumours of young girls traipsing through sodden nights to his door. It was yet more confirmation of everything journalists across the UK were hearing about him.

Out of the blue, my story was quashed. The diminutive Ken Tucker, Northern news editor at The Sun, offered no explanation and I was dispatched to track down a well-known comedian rumoured to be having an affair with a barmaid while his wife lay dying of cancer.

That story disappeared off the radar, too, as did the revelation that the 30-stone Liberal MP Cyril Smith was a dab-hand at spanking young boys.

A decade later, though, Savile, who raised £40 million for charity, was secretly banned from taking any part in the BBC’s flagship charity fund-raiser Children in Need by its chairman Sir Roger Jones.
But nobody told the rest of the world. Even as the Leveson grinder ground on, Savile’s antics were known about, but the BBC covertly decided that its own Newsnight investigation into him would devastate its Christmas schedule. It included a ‘fun’ eulogy to Jimmy.

It finally became public in an ITV Exposure documentary on October 3, 2012. It sent Scotland Yard off following literally hundreds of lines of inquiry, hundreds of potential victims have come forward.

Yes, almost forty years down the line, the shame of Savile that the powers-that-be stopped me revealing is finally in the public domain.

And yes it’s us, the good old tabloids, the red-top press, still running with the stories about child sex abuse, like the Cheshire footballers scandal which is spreading across the country, or the latest lot of scout leaders jailed for kiddy-fiddling. Yes, the tabloids are still going despite facing being officially gagged by the very people it’s our job to investigate.

Those very people didn’t exactly put the top dog on getting its teeth into the tabloids though. No,  the British government allowed Lord Leveson, a 62-year-old bespectacled lawyer whose greatest claim to fame was his failed prosecution of an elderly British comedy for tax evasion in 1989, to trample across the Fourth Estate.

Leveson scratched at and whimpered over the practices and ethics of the press.  The News International phone hacking debacle had quite rightly scandalised society.

But society loved Savile. Look what it did for him: it gave him an OBE in 1971, a knighthood in 1988, a Papal knighthood in 1990, the keys to Broadmoor high security hospital, a flat at Stoke Mandeville hospital, a job as an auxiliary at Leeds hospital, the chieftainship of the famous Scottish Lochaber Games and the friendship of Prince Charles who had lunch at his Highlands home in Glencoe.
And when he died on November 9, 2011, it was the Royal Marines who carried his coffin into Leeds Cathedral.

The simple question every Tabloid Terror is asking, but nobody is answering is this: why didn’t all these people in authority, including the honours scrutiny committee, the Papal intelligence service, Prince Charles’ security chiefs and the bosses at the BBC ask ‘now then, now then, now then – is this man really a child molester?’

And that, very simply, is why the Tabloid Terror – with its 30 million UK readers a day – is back and mutating, ready to be the swashbuckling warty and immoral defender of the public and its right to speak out and fight back.

Long let the world see red (tops) when those who claim to serve – but really rule from behind a veil of secrets and lies – accidentally step into the arena of the daily news schedules.

How radio pirates said stick that in your pipe and smoke it, Mr Wilson 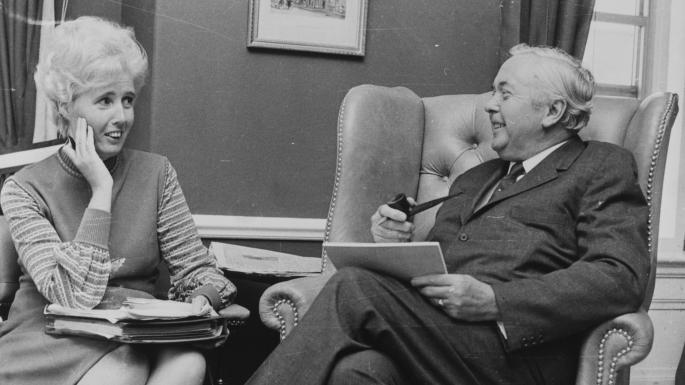