In a moving meeting at London’s plush Savoy hotel, financial angel and businessman Dr Jan Telensky (left) spoke with the man who helped him learn English when he first arrived in the UK after fleeing communist Czechoslovakia.

He arrived in Britain when he was 21 with no money and unable to speak the language.

Dr Telensky said: “When I arrived in Luton all those years ago, for a short-time I was homeless and had almost no money as I waited for friends to meet me … but I didn’t know they had gone on holiday. It was very frightening as they were going to help me find work and I couldn’t speak English.

“Anyway, I spent my last few pounds on a bedsit and I began listening to the radio, trying to pick up a smattering of the language … and one of the people I listened to was Emperor Rosko. I began to understand  a little and things just grew from there.

“Now, all these years later I have had the chance to meet the man and thank him for something he had no idea he had done.”

Rosko (centre), who is 74 now and lives in LA, was riding the airwaves in the UK again to boost charities.

The Remember A Charity started its 2017 Awareness Week campaign with the launch of Last Pirate FM, a new pop-up pirate station ‘sailing’ across the UK with Rosko at the helm.

He said: “What an amazing story, it was an honour to meet Dr Telensky and I can only say I’m glad I helped him start on the road to success.”

Pictured with them is Eric Wiltsher, programme director of RTI.fm, one of the most successful European-based radio stations of the last few years, where Rosko still broadcasts on RTI Rosko Radio and has recorded ‘jingles’ for the station.

Eric said: “Brilliant to meet up with my old pal Rosko and to be there when he and Dr Telensky finally got a chance to chat!”

Where there's a will there's a way as Rosko sails back on charity ship ... 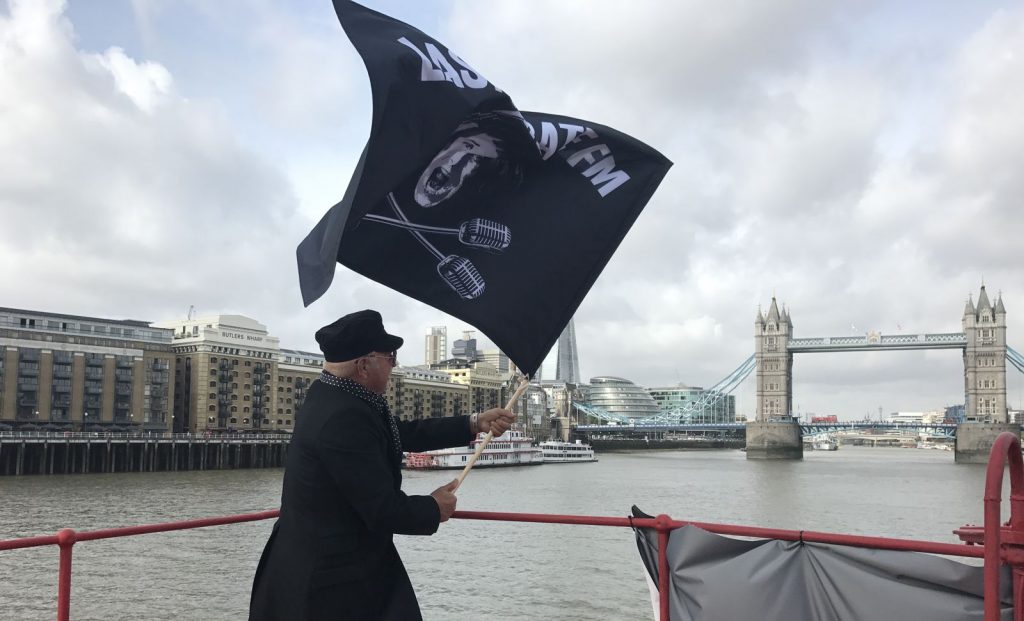