If there’s one thing Brits hate it’s seeing something misused.

Now, revelations in the aid sector have shown just how charity money meant to provide services to poverty-stricken countries could have been shamefully misused.

The charity has become enveloped in accusations of hidden reports over alleged use of prostitutes in the post-earthquake Haiti of 2011.

However, Theresa May has said that she intends to continue spending 0.7 per cent of the UK’s national income on foreign aid, despite pressure from within her party to address the issue, which has led many to question the value of foreign aid.

The Sun says that ‘virtue-signalling is now the driving force behind our aid policy’ and it is no surprise that anybody daring to question where the money goes will be antagonised.

However, although it is the morally correct thing to do, should we really continue mindlessly throwing our tax money into fruitless projects of self-gratification that do little to actually help the poor?

There will be some who argue in favour of the UK’s continued support of charities and others who believe that spending in such areas should be cut – yet what is certain is that the aid agency needs to re-evaluate its current state of affairs.

And Oxfam’s crocodile tears leave little to the imagination …

The ‘sorry’ letters sent to 7,000-plus disappointed Oxfam donators along with the vague apology given by boss Mark Goldring when he denied a cover-up, may have led some to believe that this wasn’t the first time something like this had happened.

Save the Children’s Kevin Watkins also gave evidence, saying that his charity had investigated 53 allegations in 2016 suggesting ‘gross misconduct’ is an issue that doesn’t just encompass Britain’s favourite charity shop.

Mr Godring even went so far as to say that the criticism Oxfam was receiving was like something ‘someone who murdered babies in their cots’ would receive.

But what people want are specifics. Not excuses.

How long has this been going on?

And, most importantly, what is going to be done to remedy it all  and prevent it from happening again?

Kevin Watkins suggests an international humanitarian passport which could be revoked if workers didn’t play nicely but there is implication that the issue of misconduct abroad goes deeper than the individual. This is an organisational issue.

As Afua Hirsch of the Guardian said: “A toxic and exploitative mentality is highly visible: in the dehumanising images of children in fundraising campaigns, in the language that foreigners have implanted into the very geography of the places they work.”

It is the superiority complex of aid workers that is instilled within them by organisations that inevitably leads them to perform such acts.

Aid workers often believe that they are entitled in certain ways after helping a struggling family; and if some bloke from Croydon believes he deserves ‘a little extra on the side’ after delivering a packet of Hobnobs to a malnourished Haitian woman, then we have an issue on our hands.

If we stop to wonder where all our information concerning charity comes from, chances are the answer is the mainstream media, a source which gives us news ‘filtered through the prism of humanitarian relief work where the civilised help the uncivilised’,  according to Ms Hirsch.

The Oxfam scandal has become such a big issue to many of us, myself included, because it has been plastered on magazines and news reels everywhere. In the meantime, however, we have turned a blind eye to the thousands of UN-related sexual abuse incidents and regular sexual assaults of girls as young as 12 in Liberia.

This is an issue which goes much deeper than any of us could imagine; perhaps we are the ones who need help.
Have your say – please comment in the box below

Strummin' on his gay guitar … 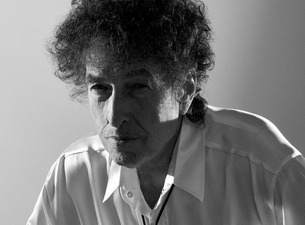