Somewhere, out there in the firmament a small cube of technological excellence is finally showing the world that Slovakia has joined the slow but determined battle to conquer space.

At 5.59 CET on June 23, 2017,  radio ham Dmitry Paškov, who lives in the Russian city of Ružajevka, started to receive data packets from skCUBE, which had been launched in conjunction with the Indian Space Research Organisation.

The main scientific experiment is its VLF receiver and a camera used to photograph Earth.  Part of the aim is to scan Slovakia from outer space.

Originally, the satellite was to be launched by the US firm Space X in May 2016, but it was postponed several times.

Space research has become part of the modern history of Slovakia going back to Soviet space programmes – but in 2015 this small country at the heart of Europe signed the European Cooperating State Agreement with ESA prompting Education Minister Juraj Draxler to say: “We have become a member of an exclusive club.”

Education Ministry spokeswoman Beáta Dupaľová Ksenzsighová said at the time: “ESA coordinates a joint space programme in its whole extent – from construction of space ships, via training of astronauts up to construction of satellites.”

Lucia Labajova, marketing manager of the Slovak Organisation for Space Activities, has said: “We see the development of skCUBE as a first spark of light in showing the world that Slovakia belongs to countries with a potential in space science and industry. We want to show that Slovakia has excellent universities, science institutions, and companies which innovate and make our country a good name around the world and going to prove it through our first satellite Made in Slovakia.”

Slovakia has been actively involved in space research and has two cosmonauts, Vladimír Remek, who flew in space in 1978, and Ivan Bella, who spent nine days on board the Mir space station in 1999.

The  Faculty of Mathematics, Physics and Informatics of the Comenius University in Bratislava has studied processes caused by cosmic radiation in meteorites and the Institute of Experimental Physics at SAV has designed and constructed space hardware for dozens of scientific probes and has conducted space weather research.

COUNTDOWN! Parental alienation campaigners set to GET SHIRTY in Manchester and Liverpool 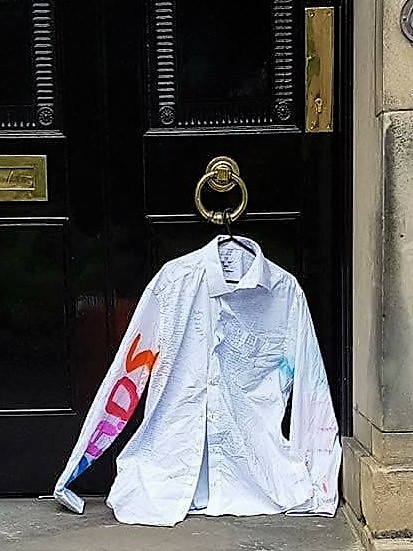