The Band, Ray Charles, John Coltrane, The Doors and Frank Zappa are said to be still teaching a grave lesson to the music industry.

Vinyl just keeps on turning the tables apparently. But does it?

It’s true that most major artists are jumping on the bandwagon with nearly all classic albums getting a deluxe extra disc at least.

But an electronic music expert says that, in fact, CDs are still selling twice as much as vinyl and that industry figures, if analysed properly, prove vinyl is just a long-playing fad.

Bob Dylan has already released The Rolling Thunder Revue shows from 1975 in a 14CD box. It last more than ten hours and it has all the tour’s concerts which  were professionally recorded.

Sony Legacy also has the Elvis Presley 11-CD set of his Las Vegas shows: The King returned to the stage for the first time in eight years and included the live debut of “Suspicious Minds.”

Every year Pink Floyd put out some black plastic. Following their 33-disc The Early Years 1965-1972, we now have the 18-disc The Later Years 1987-2019,with 13 hours of unreleased audio and audiovisual material, including the 1989 Venice and 1990 Knebworth concerts.

However, Paul Rusmandel, writing for  Radio Survivor, recently had this to say: “Last month news spread that, ‘Vinyl Is Poised to Outsell CDs For the First Time Since 1986’.

“The source of that prediction is the recording industry’s own mid-year report, which showed vinyl sales racking up $224.1 million on 8.6 million units in the first half of 2019, creeping up on CD’s $247.9 million on 18.6 million units.

You don’t have to stare at those numbers long to notice one is significantly bigger than the other. It’s true that vinyl records accounted for only $23.8 million fewer than CDs. But the units moved tell another story. In fact, more than twice as many CDs were sold than vinyl records.

“I don’t know about you, but that looks to me like vinyl records are still a long way towards outselling CDs. Rather, each of those records sold generated more revenue than each CD, $26.06 per record vs. $13.32 per CD.”

Still though, vinyl is a potent market – Prince’s Emancipation, three discs of an hour each, was recorded in months and was last month released in a $99.98 vinyl edition.

The release has spurred some reassessment of an album that got mixed reviews in 1996, while its creator proclaimed it “my most important record… I’m free, and my music is free.” (Those wanting a more concise Prince release may prefer the recent Originals, demos of 15 tracks that Prince wrote for other artists.)

Even with Michael Jackson’s reputation in disarray after the Leaving Neverland documentary, releases continue including a 1oth anniversary edition of This Is It coming in December in a 1,000-copy limited edition box with a sound-responsive LED light panel on its cover, concert ticket, hardcover book, unpublished photos and the 4-disc album.

But none can match Rhino’s Woodstock – Back to the Garden: The Definitive 50th Anniversary Archive.

This 38-disc set came out in August with little chance of charting since it was a limited edition of 1,969 copies.

The value in vinyl is that many people believe that the sound is better than anything you can get on CD and digital – until you scratch it of course!

How the bum powder clot got a rocket!

Tue Nov 5 , 2019
A Bonfire Night clot was filmed trying to launch a firework from between the cheeks of his well … 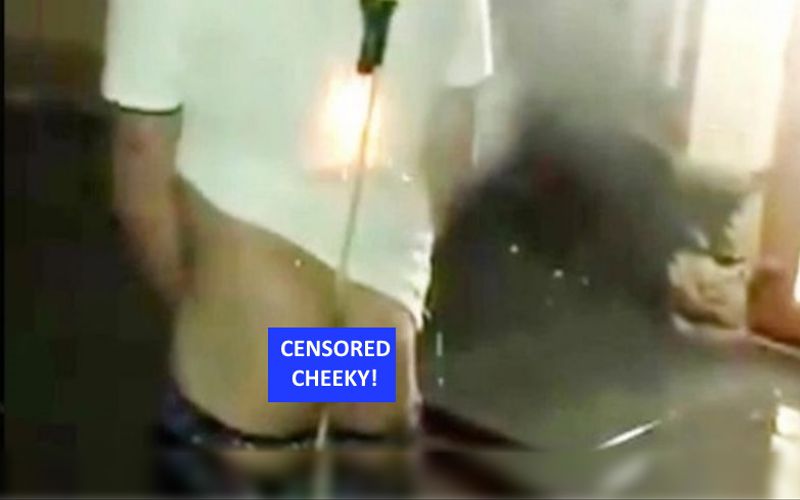