A businessman has pledged that part of a remote European city will be forever England.

The Central European entrepreneur is  transforming part of the tiny city he rescued from poverty into a monument to English-ness.

Poprad, at the foot of Central Europe’s High Tatras mountains, had been devastated by decades of communism. Slovaks were leaving the country in their droves looking for a better life. Many headed to the UK.

Dr Jan Telensky was one of the first. He fled in the 1960s after Russia led the Warsaw Pact countries in the bloody invasion of his homeland, Czechoslovakia, now called Czech Republic.

As a teenager he’d fought the  invaders and ended up being sentenced in his absence on his head. Dr Telensky was exiled for more than two decades.

Now half a century later the hotelier and property developer who is credited with building the world’s greenest hotel is seen as just the business in Slovakia.

And as Brexit looms, he is honouring the country that gave him back his life.

Creating his living monument is a dramatic endeavour for Dr Telensky. It takes him back to when he was a teenager, camped in a graveyard in Dunstable. It also takes him back to  the awful night he tried to call his family, 2,000 miles away.

He lost the last of his money when he accidentally pushed Button B instead of Button A in the old red telephone box outside the cemetery gates.

But Dr Telensky recalls later saving enough to send a Christmas parcel home and a letter to his parents, telling them he was safe. He had built up a sandwich round at the local Vauxhall car factory and was finally eking out a living.

The  first things he shipped back to Slovakia five years ago were a red telephone box and an old pillar box which tourists now use to send letters and postcards home.

It was these two items that began his museum of memories in the mountains.

But it hasn’t stopped there and he has had a 40 year old London black cab in pride of place outside his flagship hotel, Aquacity.

But his ambitions kept growing and he decided to turn a nearby decrepit fishing ‘hole’ into a duck pond based on those you see in Britian’s leafy parks.

The next idea was to mark the game of football too – many UK teams were already flying out to use AquaCity’s facilities for training.

So, he festooned the walls of the hotel with an amazing collection of signed football shirts.

Then in 2006 the Queen and Prince Philip paid a whistle-stop tour to Central Europe and stopped off at AquaCity, by then regularly voted the world’s greenest hotel. Dr Telensky says he was so proud that he immediately commissioned a portrait of the Queen.

That now hangs proudly in reception.

But one of his most ambitious projects was to help build the city’s new multi-million football stadium as a replica of an English stadium.

Dr Telensky, who has office in Luton, said: “Football fascinates me, it’s the will to win and the strategy you need to make it happen. But I can’t always be there, so it made sense to build Poprad’s disintegrating stadium in the image of footballing excellence.”

And for good measure, in each of his five hotels he has installed a Victorian-style gentleman’s club where cigars and brandy are the order of the day.

He also uses his 2,000 acre farm on the outskirts of the city, to produce Cumberland sausages for traditional English breakfast at his five luxury hotels.

He said: “England helped me realise my dreams. Now I want it to remain in a small enclave of Europe forever, no matter what happens with Brexit.”

And he is particularly fond of the statement his red telephone box and post box make.

“They were just something else that I learned to love and I want my guests from all over the world to experience them too. People really like the idea of using the post box to send their cards and letters home,” he smiled.

There were many times in the life of Dr Telensky that he thought he might never be able to return home himself.

He was born into a family with a military background but wanted to be a concert violinist. The thunder of invading tanks and troops however, forced him to go to ‘war’.

He said: “At 21 years old I’d nearly gambled my life away over the freedom of my homeland. I fled to Britain before they could shoot me and I learned to never be afraid of anything again.”

However, for the next 20 years he was a true exile, not even allowed to return for his father’s funeral.

He said: “I slept in a graveyard, but the opportunities were there and I could see them and. The UK helped me build a life for myself, like it has for so many from my homeland. And I want to be remembered no matter what happens with Brexit.”

Poprad is known as the gateway to the mysterious High Tatras mountains.  But when Dr Telensky arrived there all that time ago it was more like a creaking gate.

He met his wife, Alenka, in Poprad and it was because of her family that he first saw his ecological vision of the future. They had showed him the blow-hole of the  subterranean thermal lake which was about to buoy up his future.

AquaCity powered by a geothermal lake.

Dr Telensky  said: “When finally I could return I was deeply disappointed by the consequences of 40 years of communism. Something  had to be done and I  dedicated myself to the transformation of the region and I am very proud to be part of her progress.

“I believe in the tremendous potential of Slovakia and  its role in the future of Europe.”

And now this tiny corner of the High Tatras  will be forever England with all its memories, charm and intrigue.

Don't get shirty but after a blizzard of complaints, the naked truth championed in snowy mountains 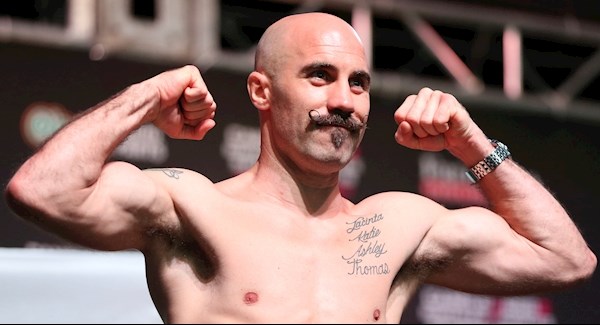