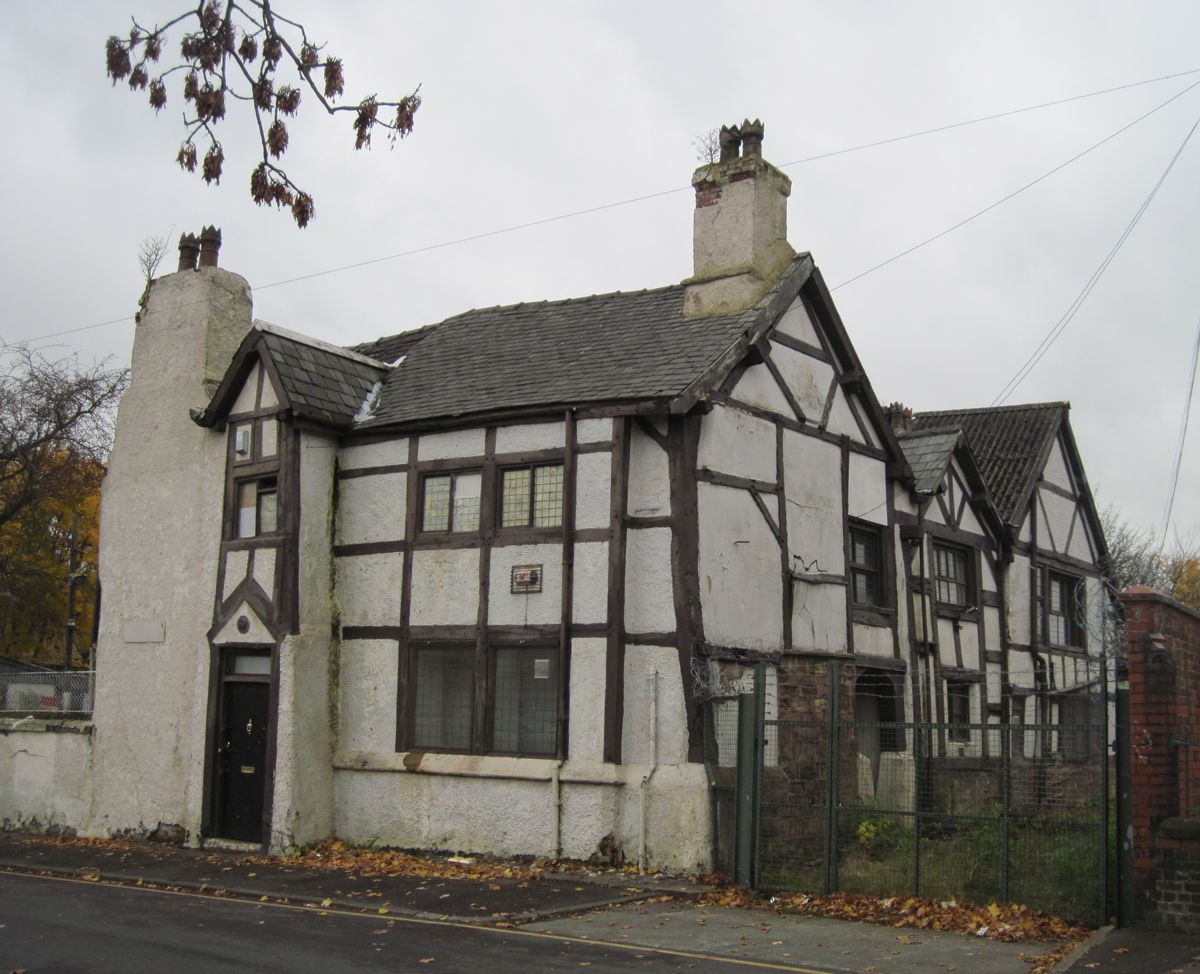 Thousands of people in a small town who are demanding a crumbling 500 year old farmhouse is rescued have been knocked down by their local council and the organisation set up to protect Britain’s history.

More than 6000 residents have supported a burgeoning campaign by the consumerwatchfoundation.com to stop the Grade 11 listed building collapsing after decades of neglect.

The campaign, in fact, caused so much interest in Moston, an ancient North Manchester suburb built originally around dye works, tanneries, print works, breweries, and brickworks, that the original story by CWF was banned by Facebook for over-sharing.

Despite the interest though, Manchester City Council said there was nothing they could do to protect near-derelict Hough Hall, which stands next to a Victorian primary school.

And, shockingly Historic England, which curates the UK’s history, referred the consumerwatchfoundation.com back to the council.

The early 17 century hall is listed because of its wood wall panels, its gables and its wattle and daub construction. Yet it has been left to decay and, at some stage, has been used as a drugs den.

Roger Barnard and Heather Mawhinney took on Hough Hall and had grand plans for it, immersing themselves in the local community and holding open days to show off their ancient home.

Less than two years later though, they put the house up for sale for £200,000 and went on their way. It is strongly believed locally that he still owns it.

Many people have been trying to track down Roger but without success.

Also, anybody who wants to be involved in the fight to save the hall please contact Leigh or Andrea at the above email address or on Facebook messenger.

This is what a spokesperson for the city council had to say: “As the property is privately owned, it is out of our jurisdiction.”

However, surprisingly, an Historic England spokesperson said: “Close contact with the local authority is vital at all times.”

She went on the add: “Communities can play an active role in saving their cherished heritage by being the eyes and ears on the ground. This might be through Heritage Watch schemes to prevent vandalism, setting up Friends Groups or launching a campaign. In some cases, local people have even established Trusts, taking ownership of vulnerable buildings and implementing solutions. Contact with the owner is vital too.”

Leigh G Banks, editor of the consumerwatchfoundation, a former national newspaper journalist and now a broadcaster on the international station RTI.fm, said: “This is the response we’ve come to expect but it is only the opening shot – there are things that can be done to save a building like this and if people are willing to take on the fight our news foundation and the radio station will do all we can to highlight what is happening.

“The man on the street can win in these circumstances!”

A team of urban explorers recently revealed the real tragedy of the ‘Marie-Celeste’ building.

The Urban Collective Group got inside the farmhouse and filmed the shocking condition it has been allowed to fall into.

The house is still filled with clothes, family photographs, painting and hundreds of books. All that appears to have been emptied are filing cabinets.

Movingly, on an old and stained kitchen table there is a poster bearing Roger’s name. Part of the legend appears to say ‘Roger Barnard four different faces and ?? box’.

Heather was a member of a group called the Friends of Boggart Hole Clough, a sprawling park ten minutes walk from the farmhouse in Hough Hall Road, next to the local school.

All this indicates Roger and Heather were enthusiastic about the future when they first moved in.

The Evening News wrote: “Roy read a speech about the Hall’s history, and introduced children from Moston Lane Primary School who performed a traditional Tudor dance, and youngsters from the Whitemoss Fun Club, who acted out a scene from Snow White and the Seven Dwarfs.

“Local archaeology enthusiasts also attended the event, showcasing some of their work in a special display.”

Bamford was a famous nineteenth-century radical, born in Middleton, he worked as a weaver, sailor and warehouseman and was part of the great upsurge of working-class radicalism in 1815.

For years now people have been demanding something should be done to rescue the hall.

A retired local builder, Kenny Banks, remembers that in the mid-1950s he worked for Warma Fireplaces which had a shop on Moston Lane.

Warma Fireplaces rented part of the yard at Hough Hall and he went there every day to load the van.

He also remembers John Gobbi who he believes owned the building.  He had a coal business and  lived in nearby Hinde Street.

When  he died Gobbi left the business and the farmhouse to his daughter Joan and here husband, Les Clough. The  coal business became Gobi and Clough.

The house has also been a doctors surgery, used for the manufacture of lipsticks, and a sanitary-ware storehouse.

Dory Bridge, who wrote the original article on Hough Hall for this site, called for people to get together and demand something is done to save the oldest building in the suburb: “It needs saving and we need to know why it has been left to rot and neglected by the council and organisations set up to protect it.”