Almost 25,000 people have signed a petition demanding the Government gives the police the tools they need to halt a crime ‘craze’ which trades people say is putting their livelihoods  under threat.

Thieves are using a trick to peel thousands of locked van doors ‘like bananas’.The gangs are using  simple brute force to break in to builders’ vans and steal the tools of their trade.

The technique is simple – the thieves grab the top of the van’s back or side doors and use    their knees to apply pressure. They then pull the doors open from the top ‘like tins of sardines’.

Lee Watts, from West Bromwich, who started the petition after becoming  a victim of van peelers, said: “Our Government must look strongly into the growing problem of tool theft from vans and must impose much tougher penalties on those convicted of these crimes. Not only that but I will also be looking for our Government to put stricter guidelines and laws in place for selling second hand tools.”

Lee, aged  43, said: “We have got a major problem and it is crippling people. Thieves are targetting work vans and peeling doors off. They are stealing tools and damaging livelihoods. It is affecting families as well. These people are committing crimes.”

The tradesman, who runs Koncept Interiors, said he is determined to get a ‘strong petition’ together.

He said: “I have been targeted myself and had tools stolen, I know how difficult that is to recover from for a business.

“We just don’t get enough help, I don’t blame the police, I think the courts need to take more action and give out stronger sentences to these people.

“These aren’t petty crimes, this is a big thing and these thefts are organised in groups.

“I am going to get a strong petition together and at the very least raise awareness of how serious this problem is.”

It is an increasing problem for all tradesmen and women. It takes years and a expense to build up a tool kit and a van.

Lee said: “More and more people are being affected by this crime and it needs to be stopped. I want this petition to reach Parliament to demand new laws that impose a minimum two year sentence on those convicted of vandalising vans and stealing tools. Also, we need a system that ensures any victim will be reimbursed for their loss in full immediately to enable that person to carry on working.”

Other campaigners Spencer Hargrave and Paul Butterfield, who run a building firm, said the crime has increased in the UK this year.

They estimate five such crimes are taking place each day – with thousands of pounds worth of tools stolen.

“People have described it as like peeling a banana or opening a tin of sardines,” he said.

It means they can go round without any tools to break into vans so if they get caught they can’t get done for being equipped.”

He said the best way to stop the weakness in the doors is to add extra locks or reverse so the doors aren’t on show.

Landscaper Adam Smith, 41, from Lincoln, estimates the total cost of the thefts has reached almost £578,000.

Adam said he had made manufacturers aware of the problem: “It is an epidemic of massive proportions and most tradesmen have been affected.

“It is a huge problem in our industry.”

Lee’s petition states: “Our Government must look strongly into the growing problem of tool theft from vans and must impose much tougher penalties on those convicted of these crimes.

“Not only that but I will also be looking for our Government to put stricter guidelines and laws in place for selling second hand tools.”
https://you.38degrees.org.uk/petitions/tougher-sentences-on-tool-theft

So, paternity leave shows men do have rights too 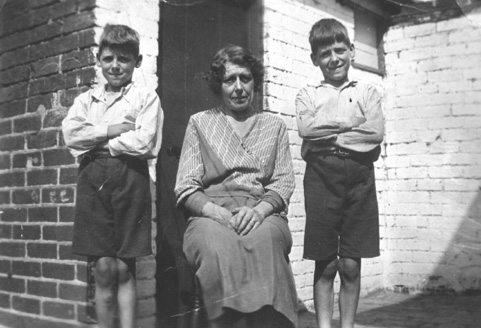