A firm of lawyers accused of being ambulance-chasers who hounded British troops is believed to be about to close its doors.

Hundreds of our troops and service people who served in Iraq and other theatres in the war against terror will now be hoping to escape being dragged into a taxpayer-funded witch-hunt by Public Interest Lawyers.

Reports say that 200 compensation claims made by suspected Iraqi insurgents will be thrown out and more than 1,000 potential claims scrapped.  .

The development is a victory for the British media, which has investigated  the tactics of the   solicitors. It is claimed they used  touts to drum up business.

The news about PIL emerged in a document it submitted to the High Court at the start of this month. It asked judges to make an order that it had ceased to act for 187 Iraqi claimants due to its ‘permanent closure’.

In a letter   the Daily Mail claims to have seen, PIL told its clients it was closing on August 31 and would no longer act on their behalf.

PIL will also not submit any more cases to the Iraq Historic Allegations Team.

Soldiers, many suffering from post-traumatic stress disorder, say they have faced    five investigations over single incidents.

Defence Secretary Michael Fallon said: ‘This is the right outcome for our armed forces, who show bravery and dedication in difficult circumstances.

In another twist involving our troops and the war on terror – taxpayers will face paying all Tony Blair’s legal bills if he is sued by the families of soldiers killed in Iraq.

The former prime minister is covered for all court costs – including possible multi-million pound damages – related to allegations that he abused his power to take the country to war.

Families of dead soldiers planning to sue Mr Blair have launched a public appeal to get their legal case off the ground, and in less than 24 hours, raised more than £50,000.

How things have changed in Our Town… 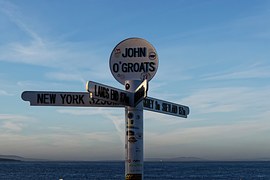