The boss of Pimlico Plumbers has warned that the UK’s  so-called gig economy faces a ‘tsunami of claims’ after losing a landmark employment battle in the Supreme Court.

Charlie Mullins was trying to overturn rulings which said that a plumber who worked for his  company for six years could claim worker status despite him being self-employed.

But the decisions were upheld  by five Supreme Court justices, who rejected the appeal.

Mr Mullins said the ruling will lead to a ‘tsunami of new claims’. He said “It was a terrible decision. They had an opportunity to rectify our out-of-date employment rights and they bottled it. We could possibly go to a European court of law.  But the Government must now clarify the law and I hope to be part of that.”

Plumber Gary Smith claimed that he was unfairly dismissed by Pimlico Plumbers when he attempted to reduce his hours following a heart attack. 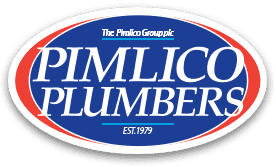 The tribunal made a preliminary finding that he was a staff worker – meaning he should be entitled to rights including holiday and sick pay.

That decision was upheld by the Employment Appeal Tribunal and again by the Court of Appeal in January last year.

They found Gary was a worker because he was required to use the firm’s van for assignments and was contractually obliged to do a minimum number of hours a week.

Today’s decision which reinforces his right to holiday and sick pay means he can now continue with his original tribunal.

Gary said he would celebrate his victory with a drink, adding: “I’m glad it’s all over. It has been quite stressful and arduous.”

The ruling could have an impact on the million British workers who are said to be currently part of the gig economy.

AquaCity pride over its 'own Three Lions' Jesse, Marcus and Danny