Last night’s terror attack was an ‘evil act’ against children and their families, the mayor of Manchester has said.

‘It is hard to believe what has happened here, and to put into words the shock, anger, and hurt that we feel today,’ Mr Andy Burnham, said. ‘This was an evil act.

‘These were children, young people and their families that those responsible chose to terrorise and kill.’

Twenty-two people, including children and parents, have been confirmed dead after the attack at an Ariana Grande concert at the Manchester Arena.

Mr Burnham said Manchester would do what it could to operate as usual.

He offered his support to the families of the victims, and paid tribute to locals who had opened their doors to strangers and offered shelter to those fleeing the Manchester Arena and evacuated areas.

Consumerwatchfoundation.com writer Dorrie Jane Bridge who lives three miles away from the arena tells here how she heard the horror begin to unfold.

Dorrie writes: I live about three or four miles from the Manchester Arena which is virtually built on top of Victoria Railway Station.   On my way to bed at about 10.45 last night I heard a noise.  It could have been a car backfiring or several car doors being slammed hard. I switched on my local radio as I usually do and within minutes the presenter interrupted his phone-in programme to report ‘a bang’ in Manchester Arena, no more was then known. This then built up little by little as Alan Beswick reported every additional item of news as it came in.

Yes, I lived through World War 11, and after all these years I remember the warm, loving neighbours who came together like one big family.   Day and night our parents came together in the air raid shelters, in the queues for food, on the streets as Air Raid Wardens or ‘Dad’s Army’ and comforting those whose sons and daughters died fighting for their country.

When the IRA planted a bomb in the middle of Manchester I heard the blast here, saw the helicopters warning us to stay away from the city centre.

My granddaughter who was studying for a degree was working at Marks and Spencer and was due to go on shift at the almost precise time of the explosion.  I managed to stop her with frantic phone calls. Whether I heard the explosion last night I can’t be sure.   The IRA didn’t daunt Manchester; it was re-built with pride – and nobody was badly injured miraculously.

Today we hear that 22 people, some children are dead and many more injured, some seriously.  Nobody at this point has claimed responsibility but reports say this was a suicide bomber.

It doesn’t matter whether it was a terrorist attack organized by extremists, or a ‘lone wolf’, an individual with mental illness, or a person full of evil.  It doesn’t matter if it was a person who was a mixture of all those motivations.  What matters is that innocent people have once again lost their life.

What matters is, that once again Manchester has come together in a spirit of caring and love.   Whilst people all over the world have this total resolve that they will not be overcome by evil, there is hope for us all.

Should we poke fun at Brady… or was he just too evil for our jokes? 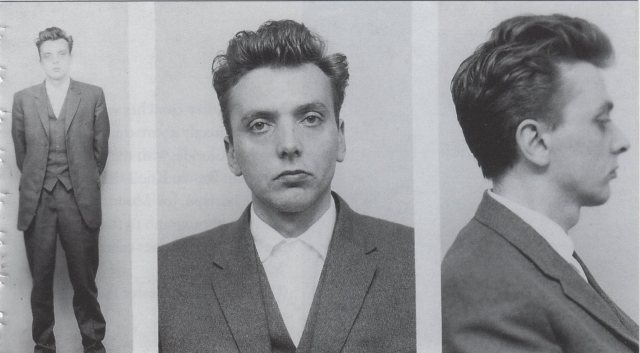